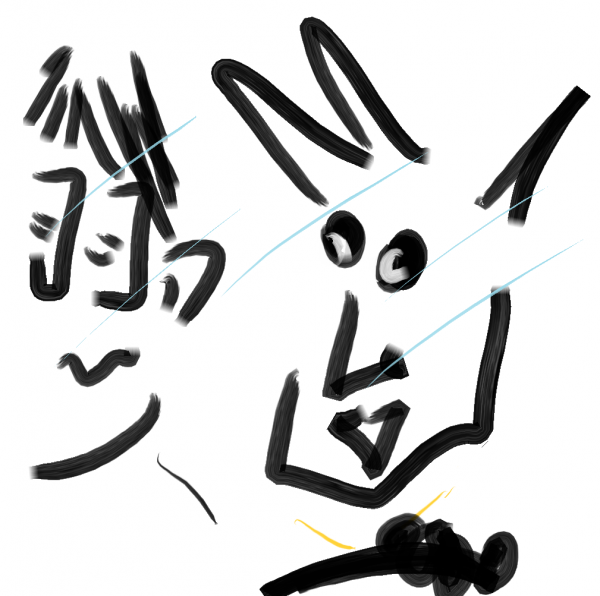 Sylvester Mallis Jones, Jr. – The Private Life of a Villain – A Villain’s fears

The door on Sylvester’s giant Cadillac, a grey beast somewhere between an overdone barbecue station and an underdone tank, too new for Harvey Keitel but too old for David Beckam, hadn’t even fully been pushed open before Sylvester Mallis Jones, Jr. boomed out:

Matton nodded stupidly. This was an appropriate reaction, but it was not a new one. Matton and Sylvester had been carpooling since the very beginning of their casino passage. Sylvester had met Matton in the small stakes home games that even online players frequently drop in on, nervously interested in what suddenly strikes them as an entirely different and thus contemptible beast. The two shared merely poker strategy at first, then their transport, and now for the first time, personal crises.

However, hearing Sylvester, always a little too loud (in every sense) rave was nothing new for the sedate Matton, born listener, trapped by his passive nature and his inability to move quickly. (Whenever you are tempted to compliment someone for their “listening,” you might wonder about the whole business between you and your victim.)

Matton had no idea what Sylvester was talking about, of course. However, all poker players are untapped literary minds at heart – extrapolation is the name of their game.

Was Sylvester getting married? Inheriting a giant sick dog? Lost one of his lawsuits?

Matton sighed. They’ve been going to this casino from his house for two years.

The car moved forward and Matton’s brain was on skids. For all his limitations (many, obviously) everything dear to Matton was logical and accountable. The great listener was not sure what he was going to say at the end of this quiz. After all, he didn’t even know what the question was.

Matton did not understand signs.

Sylvester Mallis obeyed. For the young person, or at least, the person still young, everything is possible. So why is it that Sylvester, only thirty two, employed, loved(ish), busy, and successful, was struggling so much with what could only appear to be a simple decision? Could it be for the same reason he needs Siri to help him find the freeway?

Maybe. First let’s learn a little more about him.

Sylvester was not a Pacific Northwesterner . He did not share their obsessions with hopeless politics, elite cuisine, icy niceness, futile consensus, suicidal process, personal sloppiness, and all the forms of kayaking. Sylvester had planted himself in the strange land of “rainproof” windbreakers, genderless footwear, and ironic moustaches – and yet was deeply pleased by the result.

Bizarrely, and without being able to admit it, Sylvester loved it here.

He had no problems with difference, for Sylvester was no shrinking violet or any kind of anything involving petals. He carried himself proudly and did whatever he wanted without shame or fear. He had a personal style that blended the dashing mystery of Count Chochula with the charisma of a low level mob enforcer. He spiked his black hair daily (was it dyed?). His black leather jacket was rain proofed and glimmering with mischief (was it a cape?).  He let his neck fuzz waver between unshaven and being a bustling colony of his chest hair. His belt buckle was polished lewdly (is that a codpiece?) His expression was somehow both lost and absolutely singular, as if fixed on a point no one else could see.

Sylvester was a real villain in a world of fake heroes.

He works and live in Seaweed, a picture postcard naval and heroin town. While Seaport and environs buzzed with the fervor of the connected economic world and its rush of money, Seaweed had been left behind. Bleak and broken, wet and worn, its working class held on only through the dreams of a long ago world, where the port factories, the fishing industry, and timber culture briefly made the middle class family royals in their homes and sent management onto and across the peaceable waters for recreation and further conquest. Usurped before they even got to grow old on their thrones, the aged are in city homes and their grandchildren in abandoned duplexes strewn with needles, shit, and the true undead: the wreck of abuses and personal failure that have no answers.

Yet Sylver had moved to Seaweed from across the country by choice. However, Matton knew most of these things about Sylvester. It wasn’t some mere annoyance or lifestyle issue.

So what exactly could be the problem?

Matton was never much of a psychologist, but he thought hard. Where does such a man come from and why does he come here. It’s hard to say. He has a family back home (they don’t see him much). He has a girlfriend (Sheila appeared out of nowhere). He has a secure job (Security Management, whatever). He has a dog (which likes to bugger other dogs.) Living is cheap in Seaweed, but Sylvester and Sheila don’t want kids (hmm).

All this info in Matton’s head is confusing, not really helping him, even if he’s close.  “Maybe you could tell me exactly…”

“Well, if we buy the condo I’ll have to commit…”

Aha. Sylvester talked on, but we all know what he’s talking about – even unloved Matton knew the instinctive male problem. The one issue, with a tongue more forked than anything poor Mallis, one actor on an infinite stage, could come up with, baits and switches its XY members with.

Now, if he decided to buy the house with his girlfriend, everything would be easier and all the natural arrows of his life would be aimed at yet greater success.

“But I dunno. I don’t like using up my bankroll for this. I’ll have to win heaps to keep up our lifestyle. I match Sheila’s income as it is now, with plenty of cash to fall back on.”

Matton took the side of order. He didn’t romanticize women or domesticity yet, but he probably couldn’t help but be influenced by the daily life of the miserable bachelor. “The condo is the future. You have to protect your future. You’re not going to find someone better than Sheila.”

“Maybe, but it feels… terrible to be so tied down.”

“You own a dog. You have date nights. You go on vacations. You go to work at eight and leave at five. You complain about cheaters and womanizers.”

A simple recital of a buddy’s life, this may have been sharpest observation Matton had made, off the poker felt, in a long time; Matton even surprised himself.

Sylvester was nearly swayed right then and there.  However, there was one problem. Mallis loved the short term. The last paycheck. The bank balance this morning. The latest grade. He was no long term contemplative, no minor league Buddha like Sylvester.

Sylvester always wanted directions, or how might he put it –

Okay then. Hard to argue with that.

Matton, good listener, blessed with sudden wisdom, returned to useless silence. However, deep inside him, he realized something. Perhaps it was just a pattern, or maybe it was Sylvester’s mood, or maybe the poor villain was just due for it.

Matton realized Sylvester was about to lose a shitload of money at the poker table.

To which, of course, they were going all along.