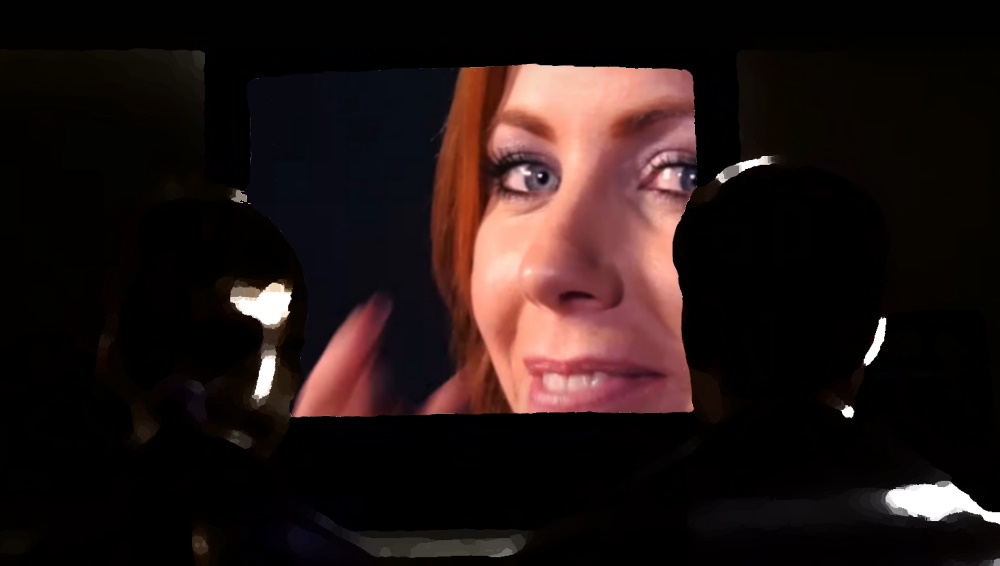 It’s an open secret that only a select number of highly skilled and simultaneously sun-running players will make anything of a life playing live poker tournaments. It is all the more perilous for United States citizens, where income tax nullifies the advantage of real opportunities and a legitimate touring sequence.

However, tournaments aren’t necessarily about you or I. Tournaments and tours are about the spectacle and the industry which you and I are a part of. My point isn’t to promote tournaments or the industry necessarily, especially given the industry produces very little other than an extraction of recreational money to the casinos and the best players. My point is that it is worth thinking about because most of us are consumers, and some of us consume a certain dream.

Two questions must be asked if you are serious about playing live tournaments for a living or part of a living.

One, can you really make money playing tournaments? Two, what composes the path to making money in tournaments?

The first observation is that a minor tier of the pool will make money. This is primarily because the rake of the tournament is so necessarily high and squeezes out middling talent from profitability by turning already low win rates into unviable win or loss rates. Further, I can only envision tournament costs and rake rising in 2023-24 as the trickle-up from the great Covid Hysteria of 2020 continues to plague every part of the world economy. The Main Event of the WSOP alone will rake at least $3,000,000 from the pool; did the exciting new WTP World Championship pull in $2,000,000? The whole event surely grossed over $3,500,000, in any case, and I am not even estimating the positive impact on the Wynn’s packed cash games, restaurants, and bars at our expense.

Winnings are winnings, of course, and it is better to be taxed than to have zero or worse. However, the pressure to have an extremely high return on investment in order to overcome that rake and that tax yields a submarket of staking and “mark-up” based on magical thinking about the profitability of the tournament – and that is for some of the softest of all freeze-outs. The tournament rake pressure in turn also puts pressure on celebrities to run high-rake grey economy games, to educate and thus dilute expertise, or to be a content creator and streamer, all to help accumulate funds in order to subsidize tournament costs. The entertainment side of poker sells to its audience and the money flows from there to the tours and casinos.

It’s an interesting economy and very different from say, computers, cars or televisions, as there is no ultimate product delivered to the consumer but the dream of a large pay day, in some cases, not even a pay day for themselves but for a celebrity.

Very strange. All that is known if not exactly discussed plainly. However, what is not really understood, no matter how many times they say it, is the role of “variance.” It is being on the right side of luck – what we ineptly call variance in the poker community – that makes the tournament, makes the drama, and creates the staking market. It can’t be said enough and if it was grasped fully, I’m not sure we’d be seeing record breaking attendance every year.

One way to understand the significance of luck is to notice the absolute number of big blinds that exchange between two players. It might sound like a lot, wow it’s a million chip pot. But in fact that million might be something like fifteen big blinds, and so fifteen big blinds might exist between being a photo among the chip leaders and being just another name in the chip counts.

Now, when was the last time you won or lost fifteen blinds at your 2/5 game and how sky-high or dirt-low did you feel as a result? The excitement of being found on a streaming table, summarized in a blog post, or splashed across social media is the product the consumer is buying as much as his ticket to the raked prized pool.

Now how does a fifteen big blind swing create excitement in terms of game structure? Equities between ranges were always close, and one of the remaining cards – say forty-seven unknown cards on a flop decision, now shifted the line work. Maybe that one card was one of say, thirteen cards accounting for a scary flush card and a gutter coming in. That’s about a two and a half to one ratio of the pot going one player’s way if we stop the action there on a hand per hand basis, as most experts will, never mind as ranges close past to six to four on the river.

In other words, as we do this over and over, even the postflop play narrows more and more toward a flip. Yes, you read that correctly: what tends to happen over streets is not that much different than queens vs ace-king. The short term difference in equities and thus swings approach the percentage taken in rake, aka the largest possible edge.

This is why tournaments are exciting but mostly meaningless as measures of skill. Only the longest-term winners really prove anything, as they overcome differences in outcomes often enough to demonstrate an edge that exceeds what tends to happen over streets. Short-term variance even provides a low-confidence win-rate for most players, and allows them to lie to themselves that when the winning is gone it is somehow variance, when the winning itself was variance already.

The Phils, in other words, are where it’s at.

Now, people are unkind to things and people as they recede into the past. They are mostly complimentary to their faces, but getting nastier and nastier about the Phils et al, and the same is true for aging pieces of fiction or film (before they get rescued all over again by our fickle ways). They say quite a few unkind things about American Beauty these days, but at the time, it was more than a novelty film. It covered a difficult subject and contained some interesting imagery. The most important was the bag blowing in the wind. Real images take your breath away, they constrict your throat, the way any genuine piece of art plunges you into the abyss of your own soul and makes you feel all the more. There are parts of my favorite television series that I just don’t want to watch or even hear, as much as the rest of the show comforts me, because these high points shake me too much.

Well, maybe no one experiences emotions that profound at tournaments, but the image of the bag in the wind is highly relevant. The stacks go up, the stacks go down, but no one can actually win all the chips until they settle down on the felt of the final table. The tournament is a song and dance signifying well, not nothing, but very little until that point. Getting there is a profound act of riding the wind and getting that opportunity to make one or two great decisions that might get you further than you would have floated. It was absolutely brutal to see surely the bravest and one of the worthiest competitors at the WPT, Nate Kogel, make a truly inspired play and separate himself from the crowd, only to get f’d by the breeze and sent adrift into the night. Yet it only underscores what I am saying about luck being the preponderous element when the hero must leave and the merely fortunate get to stay.

The story they tell you is never the story, and lives aren’t easily built on swings. The bag floats and moves to music no one hears.

That’s why, for the purpose of a thought experiment, I’m going to divide up the poker world today in a completely new way. To understand the industry, I don’t think the division between pros and recreational players is always very good one. Many part-time players are excellent, and many strong players are better in theory than in practice.

A more useful distinction in poker is the consumer and the producer, but even that I will redefine to yield an insight into the game. The consumer, I will say, does not understand the role of variance, the producer of the game does.

Why would I say this and why do I think it is so important?

First off, it clarifies immediately the nature of why we have have tournaments. The business can take more than 5% off the top of a massive pool of funds immediately, which is a more significant edge than most players will ever have. Thus, the tour, the casino, and the expert player all share in being able to budget the future. Try as I might to make it better or worse, my twelve bbs/hour win rate stretching back to 2014 just doesn’t change, to my frustration or pride, depending on how I am feeling. I know I continue to fuck up some things and excel at others, and I just can’t be the Phil I want to be. Still, both of us can sit there and produce the game effectively infinitely, as surely as the casino can.

The point is, I can expect a certain income, and far better players than myself and at larger stakes can do the same. And the real players, the businesses, tours, casinos, etc? They can ride the lighting of variance better than any of us.

Second, the nature of the tournament is to cap the consumers’ loss. This is a powerful reason why consumers play tournaments and not cash games. The tournament is a budgeted equity lottery ticket, the cash game is a lifetime and unknown cash hole in the ground for the vast majority of players. There’s not even a receipt to point to or to plead to the IRS with. The tournament, therefore, is a kind of vacation for the vast number of players. Some vacation more than others, but it is a budgeted, leisure activity nevertheless.

Which brings me to my conclusion. We love tournaments and must cheer for them, but the expert players might not clap for too long or at least not unironically. The tournament is a spectacle. It teaches us little about the game given its absolute dependence on short term swings and misleads the fish – I suppose as we want it to. It’s the time off we need from the grind.

Many years ago I told Fausto and Chin and rest of that “East Coast Hoes” crew I once belonged to that they were chasing the dragon. I didn’t want to start, I told them, because I conservatively foresaw the need to fight what felt like a million years of variance to recover the opportunity cost. Well, time has passed, and of late I was amused to start seeing that term break into some more mainstream poker convos. Strong players, those two, better than me, but I wonder, in a near decade of battles, what treasure have they stole from the dragon? Is the bag empty and still dancing? When you catch it, what is inside and how much do you get to keep?

Maybe I’m wrong about the whole thing. Maybe it was really all about the thrill, all about the chase and slaying of the cruel dragon called Variance. With no one leaving the earth with that jealous treasure, do we poker players not actually care about money but glory? If tournaments continue to be the way forward, that might be the ultimate lesson, and one that flies in the face of everything we thought we knew about poker culture.

After all, they keep telling me, it’s just chips. Is that what’s in there?

5 thoughts on “The Dragon in the Bag”