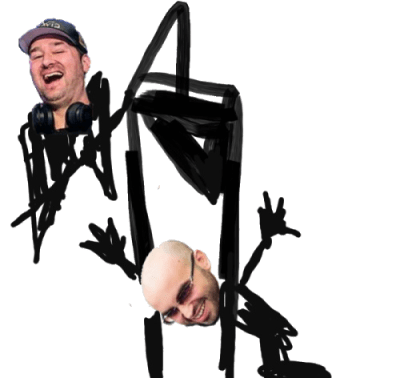 And with that, I can get back to some poker and focus on what’s important, or, at least, what I have to do. I’m sure the culture will drag me back in, but looking at the news today, listening to the people who can’t even explain high school civics but lecture us on everything under the sun, doesn’t seem worth it. I didn’t sign up for firefighting, unfortunately.

One thing I do care about are the students entrusted to me. (Never too many, never too widely dispersed – poker knowledge should not be overly broadcast but curated carefully.) To get at the heart of the game is to be abstract, not detailed, and then suddenly become very detailed. Models are amazing but even the slightest deviation, change in game, or new line seems to befuddle even experienced players. Daniel basically shut it down vs Polk when the limps came in – and guess what, more of those are coming. Players won’t try mixed games or won’t even play slightly deep without having thoroughly reviewed material that will change as soon the next solver or solve product comes out. What? Now I can call like I used to! Coaches change their mind just as quickly, ready to smile and be right all over again. They see a small bet and tell you to duplicate it on the biggest channels in poker, not even knowing why it’s right or even why a small bet is often correlated with a large bet or why it could still be correlated to a medium bet.

So tomorrow it could be any of the bets! Sun and/or rain, chance of precipitation fifty percent.

Funny how we have all the solutions but few solid answers. Very strange. One word for this state of affairs is pathos. I like this word also because it also invokes the confusion many players feel. So how do you not be pathetic? How do you get over your fear and engage in the battle confidently, or even know where to start when everyone is in your ear with contradictory forecasts?

One way is to start that never fails is with structure and purpose. What is happening in this game? What is the point? What does this new line or strategy communicate? Why is this happening and why I am responding this way?

The model is not the weather. The weather is comprised through geological forces, and it is the same in poker. The equilibrium on the planet and in the model comes later. It’s the evaluation of the forces known as the inputs and the abstraction.

In other words, in every game, the expected value is the measurement, yes, but left unperturbed by robust countering action of the inputs including range and bet sizing, hands won’t take the same line or lines. Things aren’t absolute, the earth does not revolve around the sun, the universe remains a mysterious, dynamic place. In poker, the countering action affects the line. Not exactly quantum physics, but you wouldn’t be wrong to use that idea to help you to a realization about the game. So, you need to think clearly what you are accomplishing, whether it’s NLHE or Dramadugi.

Purpose. Very important in poker. Why are you doing this? will usually get you further than that expensive course or that set of solves.

Structure. The basis of everything. A hand in any game has some relative amount of equity. It continues in any fashion other than folding, which is always gainless and lossless, by investing in the sale of realization to the other hands that are in the game, over streets and limited by the effective stack. This and the subsequent actions and counteractions create an expectation both sides.

Thus, we see the nature of poker wagering, which is a special kind of market, very close to a proposition bet. We are using chips to effectively sell realization of someone else’s equity and to purchase it ourselves, but our only resource available is the effective stack. So, these chips must be risked in order to charge others. Thus, we purchase the ability to profit: so goes risk in poker, and that’s why price is everything.

The way the game functions is a miracle of a model of itself, speaking of, even without our tools to examine it or find max exploit equilibriums, as the solver does. Yet few people can even describe what’s going on in the structure, never mind the equilibrium or adjusted (locked) solution. So I guess I open seventeen percent, and he will call seven percent? All set!

They look at a model and think that’s where the weather is.

Every price we lay or accept is incredibly important – there is no escaping this. These prices are corresponding or non-corresponding to the equities we are dealt or potentially dealt (“range.”) When the prices or response to those prices do not correspond to the equities involved, EV is lost or gained. In fact, that is how “exploitation” is said to happen. It’s really a terrible word in most scenarios, because exploitation simultaneously is in the nature of equilibrium itself while also being the measure of the distance from optimal, all when we cannot play optimally as humans. Thus, one could say we are often exploiting ourselves right off the bat, even before what our opponents will do to us.

I’ll just switch from exploitative to GTO without a read.

Now, there are no limitations on what can be done to find this exploitation, this potential profit disequilibrium profit, yet the fashion today is to mentally handcuff yourself and learn what is “allowed” according to a model. To tell other people what is allowed.

It’s unbearable to listen to. These models are incredibly sensitive and also, don’t tell us anything about alternate actions, often which change the EV only slightly. An EV that is unique to the abstraction as created – not the ultimate GTO solution.

Someone tells us we can’t lead, can’t cold call, can’t bet big here, can’t bet small there. Yet for the greatest part, they are all wrong.

Yes, they are effectively all wrong. This is why understanding what our opponent is doing or what he won’t respond well to remains the Non Plus Ultra of the game, despite all the advances. They bury this news after the local inspiring dog saves cat story so they can lie to you about how to play, now and in future, ready to be right all over again.

What is the problem exactly? Is it frequencies? Fundamentals? (The Uri Peleg framing is one of the best things to come along since Seidman’s Either/Or concept.

It’s neither; it’s a misunderstanding from the very start. This is because “non-allowed actions” have EV too, and the difference between them and the ideal action in the solver is often less than the accuracy you can ever have in inputs or your play.

Now introduce that extra cold call in game? Game over for the solve.

It’s a thunderstorm in pokerland as much as it is a clear blue sky. The output is, yes, orderly in organization, but the inputs and the readings are all off and the outputs are impossible to mimic, because the model is so complex we needed the solver to make it in the first place.

Translated: The map is not the territory.

I think I could have been a good weatherman. I’d fire up some cool streaming hands, maybe some high stakes online action, and run it through the solve. Slap on an excited headline with a cool emoji, and bang, I’d be a clickbait god. A good lie always has some truth in it, I wouldn’t hurt anyone too much, and I’d make some money.

All this seemed clear to me when I wrote Toward Your Own Poker Strategy years ago, but really, it’s much clearer to me now, as it should be. The solvers work, and they have taught me much. They have changed poker forever and made it tougher at every level of the game. However, I can’t help but notice that we don’t really play like them or their latest iteration, and that while the margins have tightened, they are still huge. The game lives and breathes on, but something funny didn’t happen: many of the best players still don’t try to duplicate solver lines. Many of them don’t even use a HUD, and of course live poker, well, that’s a hurricane of its own, comprising other forces at play that aren’t in the abstraction yet may be all the more important.

There are trends in bet sizing and ranges. That’s the true part. Equity flows in certain patterns because one range is generally going to be in a position to purchase the ability to sell realization to the other – it’s not random, poker. Further, blockers are like topographical features that can affect these trends. Yet what our opponents do and what we do matters so much, the real game – the territory – remains effectively unsolved, a wild west.

In fact, it’s so unsolved they still love to play short stacked, one hundred big blind poker in order not to have to think too much! It’s beautiful to hear them talk about the game being solved while retreating to all its safest places. I remember some high stakes players coming to the Sahara game, which is often the best game you’ll sit in, complaining that it was too tight. Well, never mind the bad read, if they knew the model, didn’t they know that they were leaving EV on the table? That all the cool bluffs they should know (and don’t really do) were finally on the horizon?

What was the point of all their study and knowledge if they couldn’t happily adjust to something we’ve been adjusting to since Wild Bill Hickok fell over? What exactly were these experts getting out of their astounding tools?

Well, never mind them, the heart of the poker is not vanity games, which you can’t even get into if you play too well anyway. What does it all translate into for the rest of us, the foundation of the poker economy? You the 5/10 reg who has to play a far tougher game than your betters? You still have to play, and yet the best players among you think about the game, not the model. You know the model is just an aid. (Maybe an aid to play against tight players, you’d think? What do I know?)

For almost everyone, the frontier is still open, there’s still land to claim in big sky country.

Yet here they come with their latest solve study, telling us what the weather is from Mongolia to Inglewood and snapping at anyone who doesn’t agree. And we love, we crave their certainty because the model they could only use in game if they cheated is so precise.

Fear. Pathos. What if somebody in the comments says I’m bad??? What do I do here when the pro limps in? Is that allowed? That’s not in the video!

Now, can they describe what a limp is, what accepting the price of the blind means, never mind what that means by position and why that matters? Is that simple enough?

If you can’t even tell me what a limp is or does, do you really know your game? Any game? Any structure? Any purpose?

The trends change like the weather. Check with the weatherman, I guess.