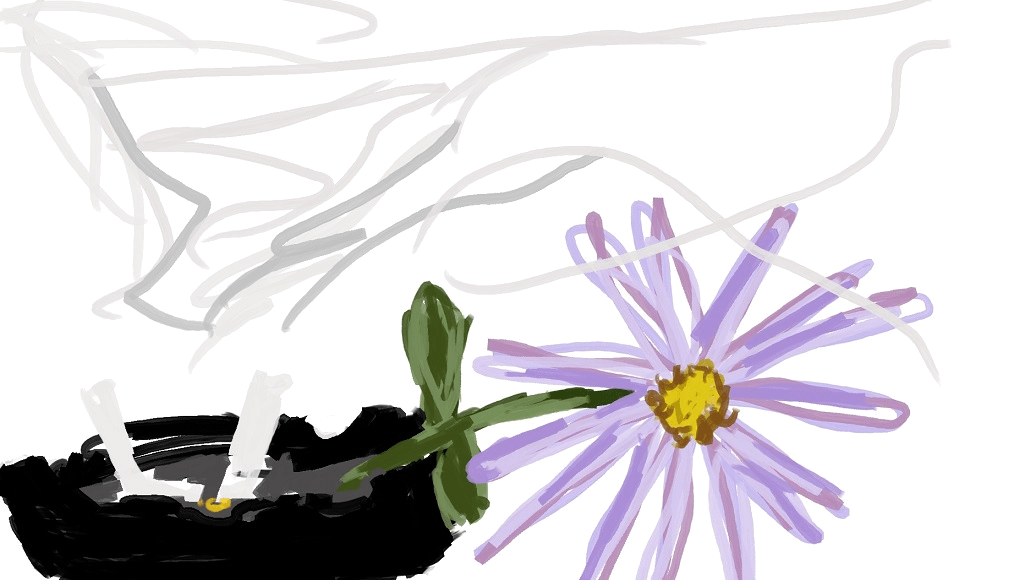 Even to the patient observer, some things go unclarified and unrevealed.

“That’s my wife,” the Georgian said. There was a tall, pale woman with mid-length hair on the rail. She was at the beginning of drunk: wet-eyed and smiling emptily. She was communicating confidence, and I didn’t think much of why she was doing that, not at first.

Behind her, dozens of ladies and a few scattered men. It was club night, or a show, or maybe just a giant bachelorette party. To come to Las Vegas is to see the state of American womanhood. They talk a lot about a lost generation of men these days but what I see here doesn’t ignite hope either.

“WOOHOO!!!” he continued, cheering the parade. Some called back, many screamed, one looked angry at the indiginity.

It all seemed a little funny, but the Georgian is indeed a lover of women. He had grabbed the waitress and kissed her hand, telling her how beautiful she was, which was true enough. She’ll work for a while here but what happens is someone picks them up, for love, for better work, and for worse kinds of work, too. This one is South American, not tall – not enough dairy or meat in the favela, perhaps – but curvy, young, and amenable.

So the wife standing there didn’t seem to quite fit, but I assumed the answer would come.

One of the empirical truths of poker is that the “new pro” is a sun-runner. That short phrase means that most people who “go pro” or otherwise exist on poker only started because things went well. Billy describes this, and I mostly agree. In fact, most poker careers are short, sun-running vacations, until, of course, they aren’t.

However, I wasn’t one of them. When I quit my job, I assumed I would go out and win at a normal clip, but instead I lost, and lost a lot. It took nearly six months and a long trip across the country to come up with answers and to fight my away out of penury.

Now, at the bottom of yet another horrible run, unable to play stakes I want regularly, and when I do, finding always the worst outcome, I look for answers. You don’t always need answers, because you have options.

It’s people without options that need answers. Life is full and plentiful and beautiful until the choices disappear.

The pale woman, a blonde but not in the chemical social media type, but a northern woman, with some Germany or Latvia in her, with that chin and choice of ugly winter coat, someone who needs a lot of sunlight, has been back and away from the rail, but now she comes over to her husband – except it’s not the Georgian. Was it a joke?

She sits down behind a small and very young Thai-American. He’s really just a boy, but old enough and rich enough to gamble, of course. He introduces her as his wife, and then they talk and whisper. They don’t touch each other but they are clearly close. She’s far too tall for him, it’s uncommon, yet they do seem very familiar. The Thai was the Georgian’s friend, the joke must be an expression of some… well, something.

She had been smiling performatively before, but on glancing back a second time, I wasn’t so sure what she was doing now. More whispering between them. She is pretty, a catch of sorts, but a light rash below her lip suggests poor health or maybe something more sinister; it keeps me from being attracted to her or wanting to be involved.

Those are tears now; she’s good at hiding it but they are coming. “Are you okay?” he asks.

She adjusts her purse over that rumply pillow jacket, half-soviet, half-children’s style, and leaves.

However, her “husband” doesn’t get up, doesn’t even look back at her.

Strange. She’s disappearing into the endless milling of women. The game, the noise, the music and the Georgian scream on.

She’s gone. It won’t get better easily and there are no answers.

Why did she leave? What is the nature of the triangle? Why must poker push me to the brink when I know her so well?

It’s odd that they don’t follow or look for her, this trampled northern flower, this unhappy Aster.

The night moves on. I fold and I fold, looking to break this spell, to not lose again, but what I’m really thinking about is that horrible jacket and that miserable puffy face, just about to be ruined or still young enough to glow, and am beginning to realize why:

The husband wouldn’t buy that coat for her. No, she’s worn it for a long time and yet he doesn’t care. What is it that they passed out at the borders in February, when the tanks started rolling in?

Well, you know, that’s a shot in the dark, of course. Where I was really wrong, was to say that there’s no answers:

I want to believe there is always hope, for very spot, for everyone, for every Aster.