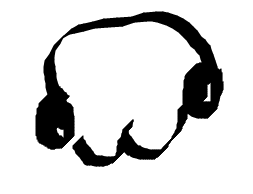 I don’t miss the Angry Pineapple. First of all, he hasn’t said a word to nearly anyone but himself over about twenty table hours together. Two, he spent all of his time on his Closed Fist North Korean Crushed Pineapple app or whatever latest variation of competitive Tetris the degens need to keep themselves on autopilot. Apparently it requires headphones to really enjoy OFC; those blocks of cards falling into place make a remarkably satisfying beep, no doubt! Three, he’s mad. I mean in both ways; yeah, the old fashioned, more cool way, too, the kind with hats and rabbits. Fuming really, less so the last time I saw him- but he’s made his impression: the first session we had together, he spent his whole time whispering incredibly crude things to himself that might make someone less tolerant of insanity than myself squirm. Tilt juice, anyone? (Giant eyebrows, anyone?)

However, I couldn’t help but think of the Pineapple on account of this wandering but interesting thread. What is our image at the table? How do we use it? How do we comport ourselves best in a poker game? There’s a lot of territory in a short space nicely traversed.

To be fair, I don’t think I ever quite answered Napoleon’s direct question as to my methodology, so here it is: I don’t look like a pro, no one asks me for advice in game, no cares about me. I don’t wear headphones or sunglasses or poker clothing. I buy in deep sometimes and play short others. My game is a mystery, and I am content with that. Yesterday a nice break even gentleman explained to me that we were in a 70/30 situation, twice, trying to get me to understand. I’ve heard on more than one occasion, “at least there aren’t any pros here today!” Earlier in the year a mark called me “the worst player at the table.” Last year I overheard a tournament button clicker describe me as “an ABC player.” Even a dealer, those all seeing owls, who I met off-site told me “you never make moves.” On the other hand, others assume I am going to play in the ME or ask me why I don’t play higher.

So, I can’t help you there, Nappy, and prefer the bigger questions to the smaller ones, just as the themes to a hand history are always more important than the usual “what-do-I-do-now-so-I-can-go-back-to-doing-what-I-always-do” question.

The Angry Pineapple wants, I think, to be like the OP of that thread, competent and respected – he doesn’t want to be me. That makes sense. Being someone is important. After all, the Pineapple is a very young man, not some ancient and more natural curmudgeon, smashed by life, lost dreams, the slow death of the body and the unwinding of the mind. His face is freckled. His hair is short, thick, and parted in that cheap, lawnmower-gelled style that leaves you with some random strands pert in the air. His face, however, is drawn and resentful. He acts very slowly, as if he were on medication, but I think it is in fact the combination of his being sore from working out and a kind of affectation of excellence. Yes, he wants to be Napoleon. Can’t blame him – Mr. 54 probably beats the game for a good clip.

Despite his complete antisociality at the table, the Pineapple does have friends: I’ve seen his bros, nearly identical dudes in cotton exercise gear, trawling the casino for trouble. They gamble at the table games, no doubt, while the Pineapple braves it alone in the poker room. Good for him. The Pineapple may be one of those guys with a “challenge” thread somewhere; he seems like 2+2 material. I get the idea his home time involves a lot of video games, protein smoothies, hookup apps, and pornography: that vacant stare speaks to empty hours and empty rooms.

(Of course the oblivious shuffle machine custodian was recently telling me what a nice boy he is. Maybe, but just… Never mind. Dealers.)

So, not a thrilling fellow, and if my daughter came home with him I’d be immensely depressed, but we know the Pineapple is aiming for something… even if he doesn’t know what it is. We see his conflict; the anger means something. Actually, it means more than something. He is a son in the age of no father figures, the post-1968 world where the role models have retreated into the fringes and the culture of resentment and group identity spin the ship of state’s wheel back and forth, high on impulse and impossible directional compromises.

The Pineapple, unlike some of us, isn’t really saving his worst self for poker: what you see is what you get. He’s a losing player trying to get somewhere with a tiny bankroll. He’s special, though, because he straddles a very strange Venn Diagram: the aspiring winner who makes the games bad while simultaneously being the loser he hunts. He’s Napoleon- and Napoleon’s target.

What can we learn from this strange yet all too common young man, this poker split personality?

Let’s think about the losers as a pool. Why do many people, enough to matter and count and make the games go, come to the casino poker game where they are huge dogs to win?

It’s because they came to lose. Why? They want to lose because it allows them to vent and talk and participate. It is their emotional release. It is what they are paying you, serious poker player, for. Did you think there was some deep skill in raising value hands? Did you really think you were doing something amazing against fish in a low rung game? Get a grip.

Therefore, it is your duty to listen to them if you aspire to maximize your earn and simultaneously help the games along. (I think the always sharp Jeffnc pointed out you may not be there for that: so fine, grr.) When you hide from fish talk and sports blather and whatnot, you do not respect your ecosystem. Your contribution to the game is being a butt in the seat; which is something, actually. You do count. If that’s you, great, we do need you, Poker Butt. Embrace yourself, give yourself a pat on the face, but live with the truth, if you dare.

Now, if you post in the RC forum or read this obscure blog, you are very likely a good player in some technical way (at the very least). Probably better than me. However, there will come a point when many of you are ready to do more, to take up more than a seat- and it will benefit everyone, yourself most of all.

So what about the aspirational part of the Pineapple? The one we’re supposed to sympathize with? The kid with a dream?

One time Gargamel and the Pineapple got into it. It was as stupid as a seat change argument (well that’s something Gargamel cares about!) and it ended up with the two of them toe-to-toe, sizing each other up like predators. I was impressed that nothing makes Gargamel back down, but for a second I thought I was going to have to use my squishy body to rescue him from a beatdown. (I don’t think you should pick fights with frustrated twenty four year olds, just sayin’.)

Even in this confrontation the Pineapple said nothing, and as many poker storms go, it evaporated like a forgotten chop. We remember and sided with Gargamel because, even if he was being an ass, he stood up for himself, explained himself to his antagonist and the room and the floor: it takes quite a fellow to make the Village’s main villain look good!

You see, ultimately, the Pineapple makes it hard for anyone to care about him, because he is definitely a Poker Butt. His sole contribution to the game is filling a seat, paying rent to the casino (and to others, for now).

The posters in the thread just don’t understand the logical point about the home game premise. Do you lose your manners when you go to a restaurant? Poker is at heart a social game. It exists solely for interactive purposes, some less noble than others. Of course you deserve the opportunity and have the right to participate less and retreat into your world of emails, anger, Tetris, or that soundtrack you just can’t live without for two hours. Nothing is so absolute, and I am no perfect example, no paragon of poker amiability. You do what you can. You don’t have to be a Poker Impresario, and you don’t get 1200 embarrassing posts in a poker forum without fiddling on your phone quite a bit.

I don’t have to feel bad about it, though, because I am no hypocrite. I get some privileges and a pass for my quiet days, because I do real yeoman’s work for poker. I host a home game, advertise it to my city and grow it from the grassroots. I clean up popcorn and spilled beer from my floor, risk strangers in my home, and have had my furniture ruined for the cause. I wrassle up players and lend money so that you have men and women more excited about going to your table at the casino- where apparently some of you want to hide behind headphones, sunglasses, and clothes that reference complex poker terminology so that so that you can make them feel uncomfortable all over again. Great work!

But enough about you: you’re all fine and I don’t have to care about trivial problems. I do have to wonder about the Pineapple’s life, though, even if he is a poker disaster. He’s probably stubborn and awful like I was. What guidance will he fall under? What spell will sort out his confusion? Is it a good thing when he doesn’t show up for weeks at a time?

Maybe so. He has problems. Unfortunately, he’s just one more lost young man at a terrible time to be one, and I don’t even think I could give him, without risking his wrath, the basic advice many players (of all ages and stations) need:

Don’t be a Poker Butt.