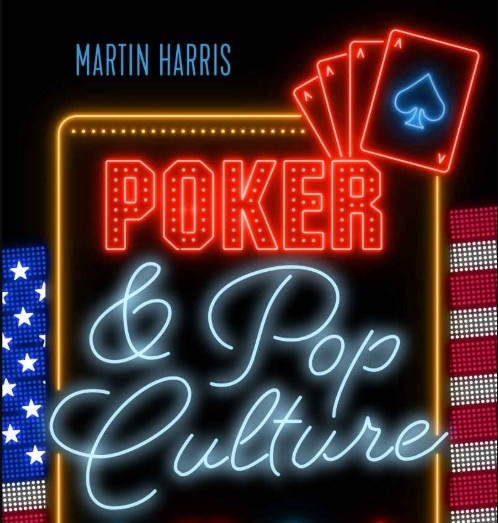 Today’s guest is Martin Harris, author of Poker & Pop Culture: Telling the Story of America’s Favorite Card Game. Martin is a top-tier poker writer, responsible for possibly the most informative and researched poker blog ever, a decade of poker journalism, two novels, and as of 2019, what is likely the most complete history of American poker and its influence on our culture. We go over the origin of the book, his ideas on the future of poker, make the pitch to Pokergo for a related documentary, as well as take up a few recurring themes of the game and our community. I didn’t spend a lot of time asking him to regurgitate examples of poker in popular culture, but instead urge you to explore that yourself in the reading of it.

(Martin isn’t the first poker blogger I interviewed, speaking of the opening conversation: check out this Zoo conversation with Rob on the travails of the low-stakes lover of the game and all that is recreational poker culture.)

Regarding the latter (poker in popular culture), a lot of the focus in the book is on poker popping up in “non-poker” contexts. For example, in the chapter “Poker on Television,” I do spend some time talking about “poker television” — i.e., the WSOP, the WPT, and all of the other “poker shows” that helped increase the game’s popularity, especially during the “boom” years of the 2000s. But I spend even more space describing poker being portrayed in TV westerns, dramas, and comedies — i.e., not actual poker but fictional poker — and talk as well about how those portrayals of the game have encouraged certain ideas about poker’s meaning and significance.

Another way of describing the two goals of the book would be to say Poker & Pop Culture tries to share the true story of poker’s origin, development, and growth while at the same time provide a comprehensive overview of fictional portrayals of poker. It’s a lot to cover, which is one reason why the book is more than 400 pages long.

When it comes to the true history of poker, a lot has been necessarily hidden, which requires writers like me to dig deep and sometimes be forced to settle for speculative answers to questions about the game’s history. Meanwhile, the fictional portrayals of the game might be a little easier to chronicle, but the “texts” nonetheless require some interpretation in order to figure out just what they are saying about poker and its place in American history and culture.  — from the Hard-Boiled Poker blog