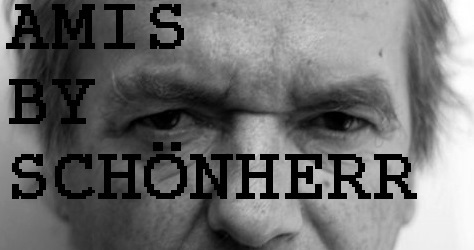 I remember and regret my first post on Crush Live Poker.  I was trying to express the desirability of having as much information as possible before making a play, and my intention did not translate well on the screen.  In addition to being exposed as rather absolutist, my point wasn’t even strategically right.  I accept more profoundly, now, that we make a play based on certain factors, and it only has to work a ratio of the time.  Perfect poker and perfect results are pie in the sky.

Still, the spirit of what I was saying was not wrong.  To recognize that a thin spot might still be a winning spot requires paying attention and adding up all the factors you can account for.  Last night’s grind was short and centered around two hands with one player, as well my being of observant of this villain’s behavior in other pots.  All the information added up to putting him on one likely holding, and I had the satisfaction of being proved exactly right.

The session, a very short one but worth my hourly, started poorly.  I ran an overpair into a set, saved only by a runout I didn’t like, and also had to make a fold to a perceived thin value bet, getting 4-1: no POW, me.  I was well stuck within an orbit, which is always frustrating, and this next hand versus the villain in question made it a little worse.

The fellow was a silent Asian man (we’ll call him Gwyn) with a bit more than 100 bbs at 5/5. His hair was grey and smooth and distinguished.  I could tell he was accomplished in some field and somewhere, but here was feeling like the world was not his friend, even as the table laughed along.  Gwyn limp called from EP, and I raised over him and one other player to 40.  With a losing image established, I felt like he was going to call quite often, and he did.  On a JJ5ss board, Gwyn checked, I bet 50, and he min check raised me.  I didn’t like this spot, and in particular, the size of the raise.  He struck me as a weaker player, and these types min raise for two reasons.  The primary one is with very strong hands that they can’t raise properly because they are hopelessly unbalanced.  This means I need to fold.  The secondary one is the raise for information, in this case I need to ship over him with my draws and pairs, or possibly float then raise.  Like Richard Tull, I’m jealous of Gwyn and the ease of his play here.  He’s taunting me with available money, and there is nothing I can do to fight him other than go nuts.

I decided I did not know enough about this opponent, and that shipping it was just a speculative play, more against the vacuum than against him.  I had evaluated his mood, and while he seemed very, very comfortable, I could not get a read.  Part of his mildly distinguished air was a very good, almost surprisingly good, poker face; perhaps he was an important VP of business, certainly he was no software slouch mooching a life off our era’s infatuation with indirect contact.  I didn’t have the information, and although possibly a weak decision on paper, I folded.  As he mucked, I saw a red five, indicating a flopped full house, or the information raise.  His bearing showed nothing, he was neither happy nor sad, neither relieved nor prideful.  Inconclusive.

Gwyn now gathered my full attention and I watched him carefully for the next two hours.  He did not check raise in any other spot, and played rather passively overall.  I began to feel like I’d made the right decision.  I observed that his play was ineffective on the whole, and that his level of poker thinking was indeed on the straightforward side.  His strength was his impassive demeanor – unreadable – and all I would have to work with was his betting patterns.

At last we clashed again, and in exactly the same fashion.  He limped once more from UTG, struggling to separate some sticky chips.  Here a small bit of fluster showed. It was clear he was ever so slightly anxious not to accidentally raise, but simply call (as if raising would be a giant mistake), and so rushing to demonstrate the need to unglue the chips was causing him just a touch of worry.  It struck me that it was not even a poker thing, but a desire not to stand out; perhaps a cultural artifact or the defensive posture of the heterogeneous element (yet the casino is full of other Koreans – why is this man so singular?  Perhaps ex-military,)  The field folded to me, in position, and I raised to thirty with AcKh.  Folds around, and again, he quickly called.

The flop came QT6hhh, and Gwyn checked to me after lingering over the board a bit.  He was considering a bet but only briefly. I decided I could cbet, as these types of boards (used to) yield a lot of folds, and that his behavior could be an act.  (In retrospect, this may not have been the play- if I observe his interest yet bet, am I using the information best?) Yet once again, he check raised me.

However, this time, the sizing was different from last.  It was a real check raise to 3x, larger than the min raise of before.

I pondered what this might mean.  I was inclined to believe now that the min raise before indicated something more strong, and that here he wanted some folds.  I considered his range to be a weak flush or the Ace of hearts with nothing else.  I believe, having seen his passive play, that he would min raise a flush sometimes, and just call with the nut flush.  Weighting his range this way, value was falling away from his holdings. I zeroed in on his bluffs, which would have to be exactly the Ax of hearts, and nothing else.  Would such a fellow limp call with Ax?  Yes.  His discomfort could be that he has plenty of money but not experience, or the experience of playing with his friends. The other flush draws did not make so much sense to raise, and would require some serious heart.  How likely would a min-raise player have the cojones to raise the naked Jh?  If he min-raised for information in the first hand, or if he had raised for fat value, the familiar component was fear.  Fear of continuing incorrectly with a five or losing me with a jack.

For this reason, I concluded that Gwyn must have the Axh.  With my holding of AcKh, I was ahead.  I had one blocker, and a few outs if he somehow binked his kicker on the turn.  So, I raised all in for value, expecting a call.  He snaps, and the board runs out blanks.

He turns over his hand, Ah5c, exactly as predicted.  Disgusted by the runout, Gwyn says his first words of the entire session, informing me that my queen is good.  His accent is crude but clear: he is certainly a foreign national who learned his English in an institution abroad. When he sees that I have won with a better ace, he betrays his first real emotion of our entire session, probably annoyed in thinking that I thought I was just gambling with the Kh.  His mouth twists in frustration, and he spins around quickly in leaving, spry and strong; now I’m sure he was in the armed forces. I was satisfied to get the money from him, chips I had possibly forfeited to him incorrectly earlier.

I like my use of all the information.  Exactly as I had written a few days before my week of grinding, the only way to get out of a downswing is to play as well as possible.  I had lost with big holdings, but found the foothold with Ace high. A small win from a short session, yes, and I’m missing the giant pots and shiny black chips of 5/10, but the truth is, this is the stuff that got me there in the first place.

2 thoughts on “The Information”