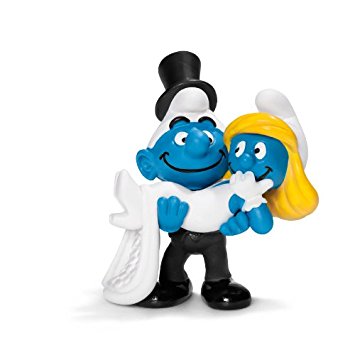 I recently returned from an Australia/New Zealand cruise, having played 1/3 NL (the only offering) eight out of ten nights on the ship. Poker on a cruise ship has many idiosyncrasies, but the incredibly soft games kept me coming back despite the hassle and lack of sleep. Poker only gets going around 9 pm and generally lasts until the casino closes at 2 am. This is despite the casino being open in the morning. I prefer to give a matinée beat down and relax from there, but I can’t have everything apparently.

After dinner on the first night, my girlfriend (who does not play much poker) and I went to the casino. I quickly noticed they had two tables set aside for poker. There was a dealer just sitting aimlessly at one of the empty tables. Soon, it was 9 pm and the tables were still empty except for the dealer. Oh no, what if no one wanted to play poker on this cruise? How would I spend my nights?

My girlfriend and I sat down at the table with the dealer. Technically the cruise casino’s rule was that they wouldn’t deal to less than 4 players. People/organizations love their goofy rules. Nonetheless I got the dealer to deal to my gf and I heads up with no rake. A true win-win for everyone since I guessed that people would want to play once they saw others doing so and the casino would get their rake.

So, I took it easy on my gf and the low stakes hustle was on. Eventually people sat down, though the game was touch and go for the first couple of nights before becoming a fixture. When it was short-handed at first, depending on the lineup, I had to finesse my aggression so the especially weak players could see flops, stick around, and not break the game. The game was mostly full each night after the first couple, but I definitely made it run early.

We met a young Australian couple on the ship at poker. They were on their honeymoon. Somehow the male half, Mason, made time to play poker every night of the trip. Some nights, he would go to an on board show with his wife so he’d be off the hook and play poker guilt free. His motivation was higher than mine, that’s for sure. He probably spent more evening hours at the poker table with me than he did with his wife.

One of the port days, Mason, his wife, my gf, and I all went on the same tour/excursion, which was learning about the Maori tribe and paddling their war canoe. I was tired from playing late the night before and mentally checked out. So, early on in the tour, our group was doing introductions with the Maori people and I missed their explanation that they greet everyone by bumping noses. I went in for a handshake and it seemed like one of the tribal members was going in for a kiss. I was very weirded out until I learned what was happening. Then, I was still pretty weirded out. Unfortunately there was no Maori Indian Resort and Casino so it was back to the ship for more poker.

One great aspect of cruise poker is players on the ship actually get drunk. In one hand, I had [6d][7d] from the blinds in a limped pot. I led out on 345 and a visibly wasted guy called with [ax][9x]. The turn was a [jJd] giving me a flush draw too. I fired again and somehow got tank called. The river was a beautiful [2x] and my river barrel got shoved on!

In another weird hand, my opponent wasn’t drunk, but he may as well have been. He limped and I raised [ax][jx] to 18. The tightish player next to act cold called as did the limper. The flop came down [jc][6c][6x] and the limper led 20. I raised to 75, next guy folded ([kc][qc]??!!) and the limper called with… [kx][10x]. [9d] was the turn and he called off my shove. He even showed his hand. Like my readers, I mostly have no idea what the fuck was going on. My only theory is that he was trying to impress the woman next to him since he had been chatting her up and trying to impress her. He really showed her he wouldn’t be pushed around!

Overall, the games have a good gambling and drinking atmosphere which is enough to compensate for the 10% rake up to $15 as well as the slowness of the game. For the last hand of the night in one session, I was able to get the table, and more importantly, the dealer, to agree to a bomb pot. For those unfamiliar, a bomb pot consists of everyone at the table putting in say, 5 times the big blind, a flop is dealt, and the play proceeds normally with the sb acting 1st post flop. Our bomb pot gave a flop of [10x][10x][7x] with a guy with a naked [7x] leading for 75 into 7 other players and getting called by ace high with many left to act. I sadly had to fold [7x][2x].

I also played a session in Melbourne and Sydney. Australia has a dumb rule to “protect gamblers” by having ATM machines placed outside the casino in what can amount to a long walk. Further, once you miss 2 big blinds, you can be picked up from the game. Obviously it’s all pretty dumb and would only serve to piss off gamblers more than protect them. I know I was pissed when I turned [10x][10x] into a bluff on [Kx][Jx][3x][Ax], fired 220 into 200 and couldn’t get [Kx][4x] to fold.

Time for the run of shame. Once I remembered my recipe and that people don’t go to the casino to fold, I made over 2k in 25 hours. If any of the luxury cruise lines ever play 5/10+, I might not leave the ship!

I’m curious about your Melbourne and Sydney sessions. What casinos? What was the general atmosphere? Any poker strategies or tactics that you saw in Australia that were novel to you?

In Melbourne I played at the Crown Casino, which hosts the Aussie Millions.  It’s downtown which is great since it was walkable from my hotel.  In Sydney, I played at the Star Casino, which was also walkable from my hotel.  I swear I didn’t choose my hotels based on their distance from the casino.  The atmosphere at both was good and upscale.  It was noteworthy that there weren’t many big games going.  I played 2/5 in Melbourne and only a single 5/5 opened around 9pm on a Friday night.  I was in Sydney on a Sunday night.  I played 1/3 with a $500 max buyin.  There was one 2/5/10 that was capped at a 1k buyin.  The games that I played in were pretty soft with a lot of limp calling.  Terrible play is all over the world at least at the red chip games.

You’ve played poker all over the world at this point. What’s your favorite poker destination outside the U.S.?

My favorite places to play were in Europe.  Casino Barcelona is right off the beach in a great city.  The Hippodrome in London has a really unique look since it was a former theater.  If anyone knows of any other cool looking poker rooms let me know.  In Europe I also played at Casino Barriere in Cannes, France.  The entry/only game was 5/10 NL!  They had juices available for the players.  Of course, what really colored my thoughts on all of this was probably that I had a wad of cash from wins at each spot.

You recently overcame what was a hard downswing and seem to be firing on all cylinders again? Any changes to your game? What did you learn this past year?

I didn’t make any real changes other than doubling down on bumhunting.  I tend to agree with famed 2+2 poster DGAF: poker has way too much variance.  There needs to be enough of a gap in competency so that 9 handed games aren’t just a glorified raffle.  I’ve just made a commitment to playing in soft games while in a good mood.  Under the right conditions, poker can be an excellent part-time “job”.

One thought on “Honeymoon with Gargamel”