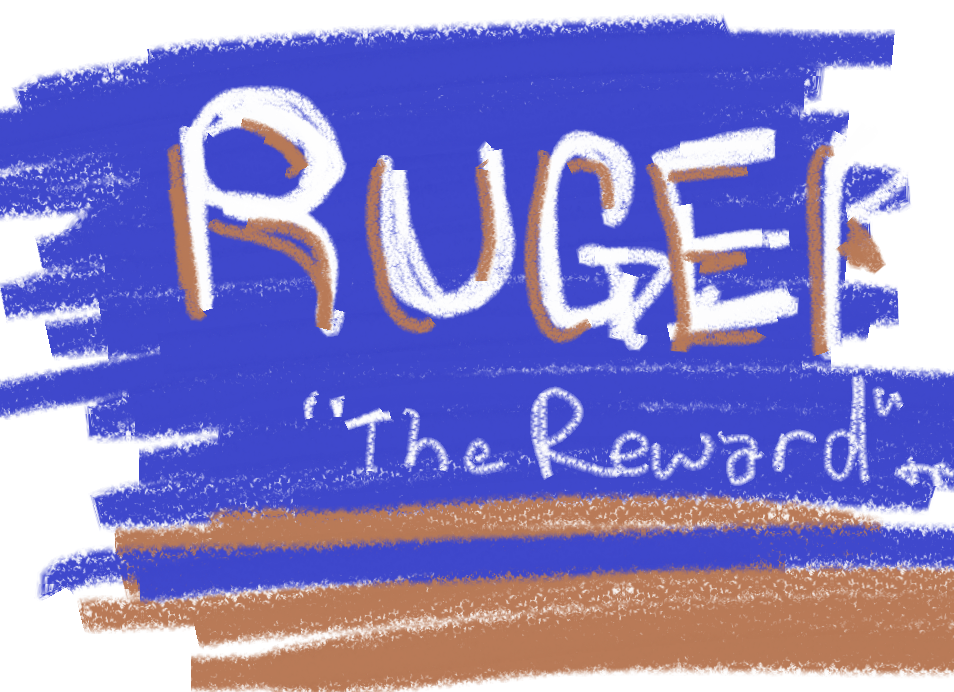 Otto doesn’t win much at the bigger games. If you were to mention his name to me, the image that would form in my mind is that moment when he pushes his chair back while leaning deftly to his left (he’s thin and young and dexterous), grabs his remaining one dollar chips, wishes everyone good luck and spins to the cage. He has a very good attitude and smiles; regretfully, of course. Good night, Otto.

Fortunately for him, Otto doesn’t invest much cash in the games. A poker detective could track him, possibly from a dorm room or shared apartment, to the casino bus, where he finds a seat far in the back. He would plug into his music and listen quietly, I think: I doubt our detective would observe him starting any conversations. Otto might put his bag on the seat next to him to be sure no one takes it. Arriving at the Village, he’d head straight into the short stack games, not even buying in for the full amount. He might grab a sandwich to go from the cafe: I’ve never seen him eating anywhere but in the poker room. This is fun and a diversion for him, and he’s put up with inconvenience to get here. I’m not saying he doesn’t take this diversion seriously – quite the opposite: dinner at the casino before poker is for old people. Real players, the ones like Otto, anyway, put action over nutrition, for good or bad (actually, mostly for bad, ha.)

Otto usually does fine in the small game, I’ve noticed, and our detective could take some useful notes on him. Opens reasonably often. Positionally indifferent. Little or no consideration for SPR. Stacks off with his draws aggressively. Bet sizing small. Makes too many big calls. This recipe, however disturbing to read, can run up a stack, for sure, especially in the Village, where managing action, not creating it, is the issue and challenge for those who want to win consistently.

So, when the entry level tables have been kind to Otto, he will have more money than he came with, plenty for a shot at the main game. It’s part of his plan, actually: His name will already have been on the 5/5 list. He thinks ahead.

However, when all those things you do wrong work out, it’s a sweet deal, and tonight, still licking my wounds from my half-hour meltdown and doubly focused, I got to see Otto’s play rewarded. It was bound to happen eventually.

An action, “table captain” type had been attempting to establish dominance, but his opponents weren’t on the right level for this to work out. His raises were greeted indifferently, and the table was basically just donkey chaining him to death, calling a bunch and wrapping him up in the rusty links of their protective, rake paying, team poker style. You can’t bludgeon tables like this very easily, especially without better sizing. Stubborness in poker is not a clear virtue.

After adding on again, our bruised Table Captain (I salute you sir) raised over a limp. From mid position, Otto called.  It’s just not a good call in so many ways, but we can go down the dectective’s list to see how it fits Otto’s modus operendi.  First of all, he exposes himself to the UTG limper, who does have back raises in his game. Second, the kind of hand that plays well against our Commanding Officer is not the kind of hand Otto flats here; in other words, there’s just no strategy here. Third, even if the stars were aligned, and Cap’n Punt does have a monster to crack, there is so much action behind, including the original limper, that the SPR is going to be pretty much unplayable. Good work detective, let me write you a check.

However, I won’t need your services again. Yes, observing this one call is even more revealing than a full report from our p.i., and from this single action I can see Otto’s poker past and future… except, except, except that tonight, it’s the one that proves the rule.

We see an 843cc flop, and unsurprisingly, the UTG limper had a hand he wanted to play, if not reraise: he leads. This should be worrisome, as he’s been silent and tight since joining our table. Our UTG is the angry type, which I gathered from some foolish accusations he was making at two friends on the table behind me. Angry people definitely like to make moves between repressions, but leading into two opponents is not the spot for a pure airball. It’s very likely he has a big draw or the vulnerable top pair, hands that would fit all preflop handreading filters. I doubt UTG leads sets, which would probably be a good play given the players involved.

In any case, Cap’n Punt raises the lead. This is interesting, because he knows most everything I know about what’s going on here. This also means he is skewed toward value. It is very likely his has nines or better: very likely. This bet is protection.  He’s got action behind; calling does not clarify his equity. It’s the right play.

Which brings us to our buddy Otto. What’s in his head is unclear, but maybe it’s the tunes he listened to on the bus, because it’s not poker strategy. He finds a very strange overcall of Cap’n Punt’s raise. This dual action earns a fold from UTG Angry, so there’s that, I guess.

The turn is another eight. A fun card. This second eight hit Angry’s range; maybe he can stay mad if he let go of A8s. It didn’t hit Cap’n Punt, almost certainly. Could it have also hit Otto? Yikes, I don’t even know. However, after the Cap’n checks, out of real caution, Otto finds a bet. Not a large one. The Cap’n comes along, but he’s as confused as I am.

The river clears things up: the three pairs, and neither of them have one, most likely. The Cap’n checks, and Otto ships it for a reasonable amount – remember we were never that deep to begin with. I guess he did have an eight! So crazy. It’s just such a stinky call on the flop, a real plopper.

However, it takes two to tango, or less catchily, funk up a poker hand: Cap’n Punt pays him off with what must be the overpair we deduced from the flop action. Otto turns over 87hh which is just… yeah.

Rewarded, somehow. All those poor decisions and feltings make sense now, I guess, to our friend Otto. I

remember my college roommate, a brilliant young man with a sense of humor. He had a sweet tooth (we both did, clumsy aspiring intellectuals who spent a lot of time around books, coffee, and pastries), and late at night he’d sometimes hit the vending machine outside our room. We’d hear the clunk of a candy bar dropping, and like Pavlov’s snack assistant, he’d go out and bring back the chocolate layered wafer cookie seemingly conceived in Germany: Ruger. My roommate, well dressed even into the evening and ostentatiously bearded, would flash the package at me and also flash his eyebrows, intoning with deadly seriousness: “The Reward.” He’d then leave a long, almost judgmental pause, as if I was not merely required to respond to this absurdity, but that there was some deep implication in repeating the cookie’s amusing slogan.

You got there, Otto. That eight from space was something else, and you earned the reward of all your confidence and stubbornness in your play. Something about this hand, like my roommate’s performance, makes me smile.

With some grumping and muttering, the Cap’n added on and the game continued. However, Otto was not long for it. He even agglomerated another player’s buy-in to his pile, and looked set for a monster night: surely he must stay and play with the big stack, running well and confidently? Yet, instead, I got to see that familiar rise and push of the seat (a lot more than a few ante chips to pick up though). Otto was taking off prematurely in the middle of a sweet Friday night session. Perhaps the bus was due to leave? Perhaps he had a date?

I don’t think so. I glanced at him and he looked very full, this thin youth, as if he had overeaten and was stuffed. Odd, but I think I understood. He had finally found that satisfaction he had been craving- perhaps very badly.  This wasn’t about what was happening later, it was about what just happened. Better than just a quick snack at the Village café or some fried trash from the poker room menu, tonight, he’d finally sat down at the main restaurant he usually skipped, experienced the full course, and finished with the sweet dessert he’d been wanting.