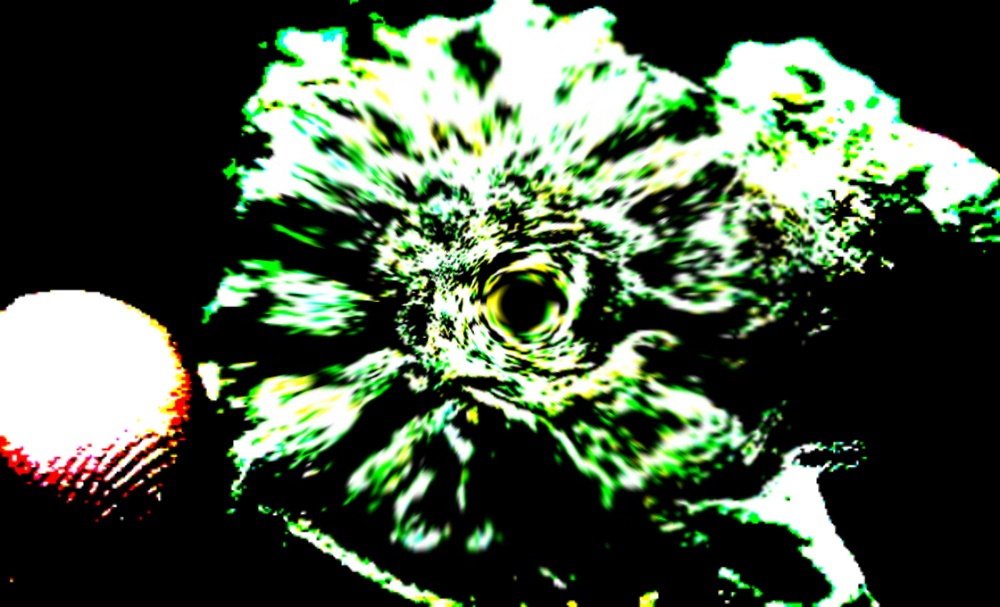 Fast forward a year. I’m still shipping out-of-state. I’m going to court monthly under the defense of one of the best criminal attorneys my city offers. The ringleader of the robbery mysteriously passed away from an overdose and it seems all is forgiven on most fronts. The boss’s wife doesn’t care for me much anymore however, but I possessed the skills to grow their operation and use my out-of-state business as leverage.

It’s not a comfortable situation, and gets more uncomfortable by the day. The boss is still out of country doing Lord knows what, and I am slowly learning the defense attorney is using me as a scapegoat to free the boss’s wife of all charges.

In hindsight, maybe I should’ve accepted this outcome. It was me who organized the event that resulted in a shitshow of felony charges, and it was me who used the vehicle as a weapon to chase some junkie down out of foolish pride. But I was also operating under the guise I would be protected, and I was deeply offended by not only the result of the event but the treatment I received following. Not only that, I was getting gouged by this couple from the very start. All the money flowed to them inevitably and I was lucky to receive a fair share of anything.

On top of that, I can’t help but wonder today what kind of 30-something year old trusts a 20 year-old kid with the keys to a $100,000 SUV and gang members to keep business promises? So I quit with the intention of making the out-of-state business my primary source of income.

I hired my own attorney, bought a vehicle, and began working for another dispensary that I would ultimately use to pull distribution connections from (but not without getting arrested a few more times along the way), and eventually started making trips out of state. First it was five or six pounds. Then it was fifteen. Then fifty. I had a pillowcase with over two hundred grand in it, and somehow word began spreading in my town of my newfound success. I had a target on my back.

I lived with my sister at the time, moved her out of her house into an apartment on the other side of town, and began living out of my car and in hotels across the country. I would seldom come home, only for court appearances, and became a ghost. Nobody could find me, until the border patrol did.

I carried pretty much all the money I made right next to me like some modern-day Smeagol. I trusted nobody, not even my own mother with the knowledge of the fortune I had created. I feared every idea of storage so greatly that the only thing that made sense to me besides digging a hole in the desert was to keep everything within eyeshot. I was doing great, traveling meteorically and in about four months I had over three hundred grand, most of it stuffed in a pillowcase, and the rest in a war chest at my sister’s.

It was business as usual. It’s Labor Day weekend, and I was rushing to get to my drop-off so I could catch a flight back home to be with family. I took a route I never usually took and ended up at a constitutionally questionable border patrol checkpoint. I thought about making a u-turn and speeding away but decided I had faith in my packaging skills. I pulled up to the checkpoint and the dog started going crazy. I pulled into inspection, and noticed as they had found crumbs of marijuana in the big bag of CDs I had in the passenger’s seat. What a fucking joke.

They cuffed me, brought me in and began questioning. “Here’s the deal, you tell us where this is going and we’ll let you go. If you don’t, we’re going to contact ICE, DEA, and the local sheriffs office, and whoever picks you up first is going to be the one to handle your case.” My response was a single word: “Lawyer.”

They put me in the holding cell and I went to sleep as all guilty men do, and woke up some hours later to them calling my name. I step out of the holding cell, they cuff me, and walk me outside to a sheriff’s van. I thought, ok, the sheriff is probably the best case scenario as they will be the easiest to dodge after I inevitably ditch the court date.

Behind the sheriff’s van is my vehicle. They uncuff me, hand me the keys to my vehicle, and say “Proceed to your destination.” I asked if I was being indicted to which they responded with threats of arrest if I didn’t leave. So, I left. I went into the checkpoint with about $210,000 in money and marijuana, and drove away with some loose change. No charges followed the border patrol incident. I had four separate cases pending in my local jurisdiction, which ended up getting consolidated into a nice, friendly felony wobbler conviction. I spent a few months in jail, and was to serve the terms of my probation, which I did for about six months until my probation officer stopped calling me since I was compliant in every act of the probation.

I had about eighty grand stashed at my sisters and thought about continuing the out-of-state business, but decided enough was enough. I made too many mistakes. I slowly fucked off the rest of the money on lawyer fees, bills for family members, gaudy clothes to present the illusion of success, and stupid parties with a bunch of cool losers who cared about nothing but forgetting, when I realized I was going broke.

I moved in with my mother for a few months. I started working again where I could be hired, and searched desperately for a form of income that would at least brush the surface of what I was making before. Of course nothing came close.

One day, my stepdad came home with a flyer that said “Make sixteen grand in four months! at the Great Salt Lake.” I called the number of the Brine Shrimp Harvesting Company. Four months later I broke the terms of my probation, and hopped on a plane to Utah to work for this company.

I was about as fresh as fresh gets. I hopped off the plane, took a really expensive taxi to the town the company was based, slept about an hour in a hotel, and took another taxi to the company’s site. After getting through orientation, they threw about twenty of us on a hour-long shuttle to the lake, and we were processed in.

There was a main camp which had a dock where boats would come and go with supplies, and six military-style campsites placed intermittently on the south coast of the Great Salt Lake. We would operate ATV’s to get around, use rakes and shovels to harvest brine shrimp eggs (they wash onto shore and create a sort of mud), and then use heavy machinery to transport the final product (4000 pound bags of sand and egg called super sacks).

They placed me on a team with a bunch of Filipinos, all family members, straight from the Philippines. My team leader expected me to last a week. They hazed the shit out of me, but I got through it and completed a six month season.

I went back home after that, working odd jobs, and went straight back to Utah three months later for the preseason where we set up campsites and scouted the area, planning the next ordeal of getting the egg off the beach. This time I was promoted to heavy equipment operator, and I spent twelve to sixteen hours a day making mountains of super-sacks, sometimes working months straight without a day off. The work was brutal, and the weather even more brutal. Having to wake up to a -16 degree windchill in the middle of the night because your Mr. Buddy heater ran out of propane is a hell in itself, never mind waking up to drive ATVs and work in said windchill.

Cabin fever also came naturally to me. I longed for the days I would drive to whatever state I wanted to for no reason at all, just to say I’ve been there. The money compelled me to stay however, and I accepted a full-time position, working in their factory during the offseason, which was if not brutally laborious, boring as shit and life-tilting as hell.

The higher ups cut no slack regardless of productivity, they preferred for us to suffer. If you completed the factory quota ahead of schedule, you were not to leave early. No, you must complete the hours so you are rewarded with mundane and cruel tasks. Alas, the majority of the workforce were Mexican and African immigrants/refugees, so good luck swaying them to any sort of protest or strike. They probably didn’t even mind the work.

The next season I was promoted to team leader. I had seven guys under me, and was one of three leaders in a camp responsible for about twenty individuals. All of the sudden, I became responsible for not fucking up a bunch of random and intense shit. Imagine staring into an expanse of blackness at four in the morning and being instructed by your higher-up to direct men to random locations in said blackness. All of a sudden I had a newfound respect for these guys. I learned how to tie knots that wouldn’t come undone. They couldn’t. The boss’s knot never comes undone. I had a real knack for motivating others.

At first everyone sang their praises of me, and my area ultimately produced more product than the other two areas combined. A result my fellow leaders and I were extremely proud given we were underdogs in comparison to manpower and experience vs. the other two areas. The shit didn’t start to fall until after the season. One of my men who was a hard worker, but a kiss-ass, ended up getting transferred to the factory mid-season. He ended up getting the boss, a twenty-seven year veteran, fired for reasons I’m still unsure about, something about a slap on the back of the head.

Now I had enemies, unlikely ones. Those who cared for and respected this man.  All of a sudden things back at the factory started going wrong, and my name was tossed around as the culprit for every undoing. I received a few write-ups, and realized I was being forced into a resignation, so I quit.