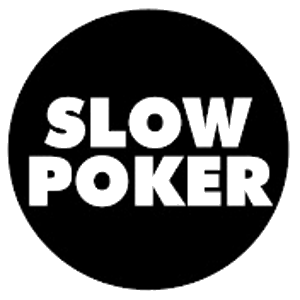 The poker vlogging movement is only ten years old but has probably done more for keeping poker in the public eye than any pro celebrity of the era: the vloggers matter. It all mostly started with Tim “The Trooper” and few other experimenters and click revenue hopefuls (including the unfortunate Mark Ari). Then, the number rapidly expanded into the more popular second wave featuring the now ascendant Andrew Neeme and Brad Owen, who have been correctly rewarded with amazing gigs and business opportunities.

Andrew’s production quality, including the drone footage novelty, changed everything with its electricity, tour of real Vegas games, and a personal story full of cosmopolitan interests. Almost immediately dozens of vlogs sprung up in imitation. However, the grass-roots nature of the product is gentrifying fast: I’m not even sure the most popular vloggers even do their own editing now. Big names like Daniel (who has an additional claim to being one of the first vloggers) and Doug participate in the vlogging scene, too. In other words, vlogging is a real and potentially profitable business, to the amazement of the old school curmudgeons, and helps connect poker to the short-form video, social media generations.

The third wave, currently headed by Mariano, Ethan, (the revamped) Jaman, Greg, Lex et al – everyone knows them by their first names, that’s how influential they are in poker – comprises the largest number of vloggers yet and with more disparate styles. While I have tried some coverage, I can’t and won’t track them all, as I do for podcasts, but one of the best new ones has gotten my attention: Slow Poker.

Jon – he’s still keeping his last name private for the moment – has a novelty take on the poker vlog, where he speeds up the action and narration, turning poker into a bit of a Youtube variety show. He hits all the jokes and puns he can and escapes long before you could ever get bored. This kind of production takes some editing chops beyond b-roll in the parking lot and a hand history template. Jon continues to work at it and each vlog is an improvement on the last: we likely haven’t seen his best work yet.

On today’s Zoo episode, we discuss the origins of Jon’s vlog, the legendary 2+2 Vlog thread, as well as his enjoyable first trip to Las Vegas for the Series and some serious schmoozing and selfies.

Jon also made it out to the Sahara game, which is vlog friendly. Hopefully he got some footage! (If you are a vlogger, consider booking a session.)

We get in some old-fashioned strat as well. Here’s his two hands we went over: