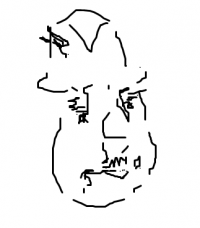 There is some reasonable folk wisdom basically suggesting that as people grow older, they mellow and become gentler.  Hard line conservatives often become more sympathetic to leftist solidarity arguments as they see suffering and human limitations. Aging liberals begin to see the wisdom of principles and so called Natural Law as they experience and observe the long term consequences of ressentiment and pragmatism. At work, the senior manager starts giving flunkees a second chance or taking that vacation he should have a decade before. At home, your parents start to appreciate who you are, or your children, aging themselves, learn to forgive the tough choices you made. In poker, however, the classic Old Man Coffee, an epithet created for the afternoon pocket aces specialist, is proof otherwise, direct evidence that the trend is not universal.

We can learn a lot about the OMC, and how to live, from his behavior. His poker strategy is tied to his life outlook. As I play earlier in the day in order to be more of a full time player and find hours with $5 blind games, I encounter more and more of the species. Of course, not all older men are OMC material. However, they are a real phenomenon.

One of the OMCs I play with is an extremely unpleasant obese man. The players dislike him and the dealers can’t stand him. No one ever greets him, despite being an elephant in the room. He is graced with a permanent scowl. He will sit out a down in protest if the cards don’t go his way, in the world’s least noticed strike. He rarely wins, and table changes if the players are giving too much action or doing things he does not approve of. Strategically, he is tight as a drum, and as that cliché suggests, ready to snap if you hit him hard enough. I’ve given him some grief, about which I unfortunately can’t entirely remember the details, but he holds it distinctly against me, disapproval he recently expressed through his exaggerated shaking of the head after I ripped in something thinly. He thinks I’m a fish, a wild man, and so has one more enemy to make faces at.

I get introduced to a budding OMC, still retaining traces of a life-giving sense of humor, early on at yesterday’s session. He opens from EP, and I reluctantly call with AQo on the button. I don’t like this spot at all. Normally I’d be three betting this hand but had to consider folding to his action. He’s late fifties and keeps holding his breath, which strikes me as nitty for some reason. He checks an ace high flop which he should bet. I check back, playing correctly in sequence with his range. I pay off two tiny bets and he shows me AK. 100% my mistake on the river: the idea that this guy has a delayed cbet/bet bluff range would get me laughed out of town. Interestingly though, I pick up on an another OMC behavior: mimicking nervousness since he can’t realize balance. He was looking for a call… but what about more than a call? The games for an OMC are not about hands or representing hands, but having “it” or not. I wonder if I could have just jammed on him with my entire range in a disrespectful exploit. TPTK is possibly not “it.”

Yet another OMC recently moved up to my current stake. I wasn’t happy about my play in our only big encounter. When you hold the second nut flush, among other things, you have to look at your second card.  In this case, I blocked the third nut flush. What were the chances that this guy, who called out of the blinds, was betting worse?

At the time, the odds seemed pretty good.  His bet sizing was small. From the discount of the blinds, his suited connectors could also have straight outs on the 7xx flop. He didn’t seem particularly strong pre, so he was less likely to have AJhh. The guy was obviously nitty, but he was wearing all sorts of poker gear… could really have a one hand range if he likes the game that much? Could he really have no risks in his range?

The Old Man Coffee is a bitter human role to take on. The reason he plays this way is that he feels he has gotten it, the game, life, everything, finally right. In his youth, he was a different person. Now, there is no reason for errors. He only wants to do

what is most profitable, and for him, that is never lose. Losing is a humiliation, to the OMC. Losing is being bested in a lawsuit. Finding out what your wife was up to. What your kids did with all that education.  Seeing what the Jones have. Life has been hard on him and punished him for his optimism and happy, earlier transgressions. Now on the felt, he can reenact all his risks by letting others take them.

He has stopped growing.

I paid him off remorsefully, in an act of stupid respect and theoretical poker that has no real place in grim reality of a profoundly disappointed man. Now, with a stack he has likely not had the pleasure of in not many years, our Geared Up OMC is contemplative, but too fearful to become grandiose. He has reaped the harvest he imagined, but knows what happens next in life: all good thing come to an end. How they take it away the moment you think you’ve made it. However he knows a simple trick.

He calls for racks, and with some bravado, announces he has to go, feigning fatigue. He cashes out.

We are fortunate to play this game, which is such a metaphor for life. Poker can tell us the answer to many things. How do you not grow old? How do you enjoy your life?  You expand.  You stay brave. If you are reaching your nether years, you stay flexible and spry by not hardening into a nit. You stay young by playing the game as well as possible.

An hour later, I see him slink back into the room. Our OMC is now playing a smaller game, having ratholed his profit from that flunky who mistook him for a player, and gave action with Number Two. He looks over his shoulder. No one has noticed him. He’s safe to sniff the ground for nuts.

OMC, it turns out, is not an abbreviation or even a number, but a state of mind.

I have to leave, too, because I want to enjoy some dinner and catch up with a friend. It’s too bad, though, because Tuesday Ted will likely be here soon. He’s action and full of bluster. He brings up politics without remorse and sings songs when he wins. He’s the life of the party and makes the games enjoyable, as a true player should. I and everyone like him a lot, even when he runs up a score or shows you the bluff.