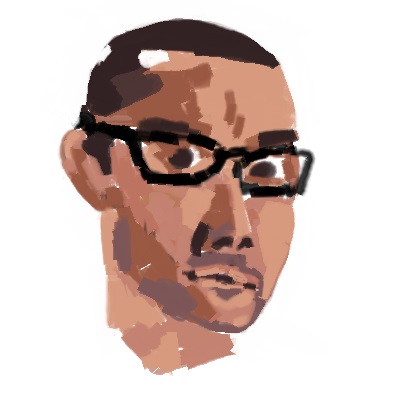 As we wrap up another exciting year in poker, it’s hard to keep track of all the scandals and crimes – and so I don’t! That’s intentional. I’ll let news sites and other blogs handle the “top tens” and poker “tips,”as usual. However, some issues are so important they can’t escape commentary, even when what we really want to do is just hide from the cold, light a bonfire of internet pages, and dream of the deep blue undulations of the California coast beneath a balmy wind.

Unfortunately, we’re not allowed to lay dormant and dream, not when They are out there.

In fact, They never leave us alone. That’s also intentional, because They can’t exist without enough agreement, as no principles keep these noisy scarecrows upright.

They can’t leave anything alone. (I suppose I should feel more sorry for such congenital problems!)

They, of course, are the majoritarian screechers who can’t abide a single thought that doesn’t align with whatever fluff they need to wrap themselves in. It’s tiresome, and all the more so, after suffering through this year wherein two manifestly unqualified presidential candidates slugged it out for the right to shuffle chairs on the Titanic.

We’re so lazy as a culture, both in the one that matters, and in our own Republic of Poker, that we let silly people who don’t even know the issues command all the discourse.

For the most part, these are relatively smart people who choose greed, laziness and self delusion as their path. They are otherwise capable of doing something a little more meaningful with their lives.

He makes some fairly accurate summary points, well quoted elsewhere. He ignores the essential meaning of profession, a key to understanding the argument at the deepest level.

As part of his position he also makes a somewhat dubious claim which is worth much more disagreement:

The propensity for people to try to gamble for a living keeps casinos afloat. A global economic downturn over the past decade may explain why so many people have started calling themselves professional poker players. With few job prospects and economic opportunities, they may have had no other choice.

The truth is that most run out of money, backing or credit within a few years and give it up, making way for a new crop of college dropouts and failed job seekers to replace them.

That’s a very recognizable truth for anyone who has done it and seen it, and so a fairly brave if rambling piece goes into the books, too short for lasting effect and too unfocused for more than a round of debate.

After a voracious outpouring from the offended, who apparently felt a nerve struck, the piece was removed.

Derbyshire resigned, or was possibly fired.

(Interestingly, I searched in vain for other hard-hitting PokerNews pieces covering the color of the felt and the curvature of the table, but these, too, may have been pulled by cooler heads.)

Whether you are able to see past your eyelids or not, we don’t have to debate the low value of poker on the social value scale… or even the value of the question.

What do you owe to society? What value are you required to add?

Last time I checked there weren’t many guidelines for this on my tax return!

Poker, you see, is full of self-deception, as we all should know. In fact, quite a bit of the money in it is only available because of this characteristic of poker players.

So we should expect a little fluster in the fish tank.

In Plutarch’s Lives, the messenger’s head is cut off by Tigranes. Now afraid, no one would give the tyrant news, and so he sat without information he needed.

You have the right to call for someone’s job, to play politics with someone’s livelihood: go to it, sisters and brothers, do your worst. (And so you do. The easy part, isn’t it?)

Yet you’ll always be wrong. Now why is this? Because the value of speech comes not from what can be said, but in hearing what needs to be said, even if it is unpopular.

And that means even if it is wrong. That’s the critical part They don’t understand, although the best of them, perhaps, fear it in an unexplained sense of restraint they regrettably ignore.

Hysteria, in other words, is never the answer. (Response and argument, not torches, is- but I never hope to get that far with this crowd!)

Tigranes, and you all, lose when you punish an unwanted opinion through force and coercion and threatening careers.

Now, of course, you can quibble conscientiously with Derbyshire and PokerNews and journalism itself if you like, in this case making a case for self-censorship under the guise of required sincerity. This clever writer lives up to his forecast that all journalists are biased because he’s now unhappy that Derbyshire’s apology was a bill both due, as he was offended, and at the same time not sincere enough (which has no bearing on him being fired or not, or anything relevant to the essential situation but only to the irritating outcry).

We should assume Derbyshire was sincere enough when he writes and so evaluate the content of his work, or else why read it all? This is why it’s easy (and best) to see that his apology was a lame cop-out and that believing his opinion was some sort of click-bait is just being taken all over again. Fool me twice…

In other words, we can confront Derbyshire’s, or any journalist’s, suppositions whether he is sincere or not, and not need this new and subjective onus.

Or, if that’s too complicated, you can just be, if I may, more directly mealy mouthed, and announce, as T.Chan did on the Pokercast: “you can phrase something so that 200 poker pros don’t get mad at you.”

There’s a band of brothers worth kowtowing to! The cringe is, as they like to say, real. Those who are living great lives in poker don’t need the approval of one journalist who likely sees and hears some pretty brutal and embittering stuff, enough to make him more than willing to deliver to Tigranes some unhappy tidings.

So here’s to you, Marty Derbyshire, wherever you are off to and whoever you really are. Victim, perhaps,

villain, maybe, but playing your role, however unwillingly, in a dance as old as time: the authoritarians and charlatans proposing a goosestep with the free and striving individual.

Whine to your microscopic heart’s content that not everyone agrees with you and supports your life choices.

Curiously, not all the cheerleaders want to fuck you.

But if that’s too confusing, keep this in your remaining brain cells:

Who will They go after, maybe not next… maybe not even soon?

Why, eventually, you, of course.

And then to whom do you turn?