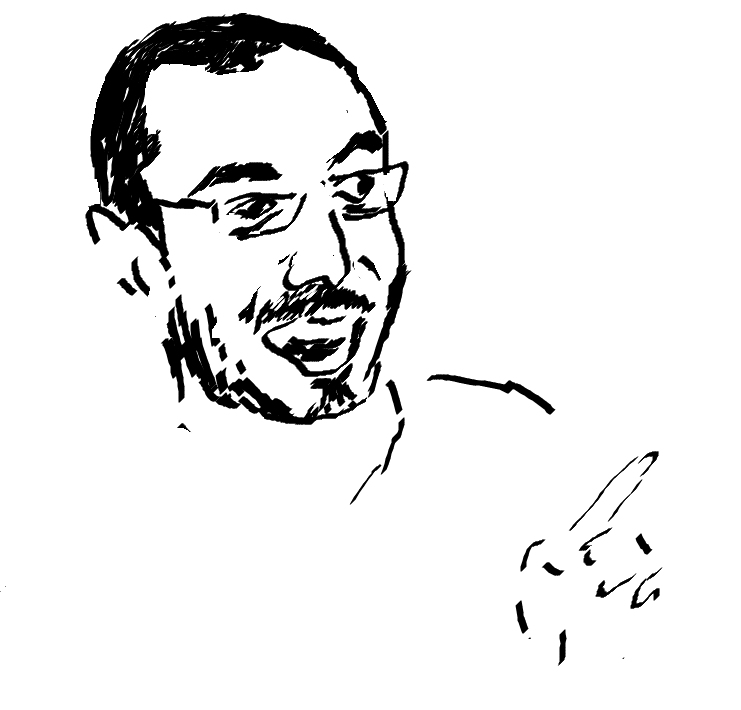 I spend a lot of time watching poker videos. The clicking of chips is often enough my own personal “Gentle Beach Sounds” that lull me into the brief death of sleep. I love the game, and it loves me. So, being a nobody in a surprisingly big industry, I must have a few favorites of the flatscreen who we all see and sometimes, hear. Let’s start with two people who truly stand out at this present moment, each for very different reasons.

Doug Polk is the great face of contemporary poker. It’s not merely his technical ability, as obviously there are a

number of highly proficient, borderline legendary players out there. What counts is his ease of manner with our people. His soundness and fairness in almost all situations he has described, even when lamenting on his own behalf, is evident. Yes, the clear excellence of his strategy videos and succinct thought process merit emulation. Yet this is not what truly matters: while his high stakes days seem to have waned– rather conveniently given the state of the games – he brings a great deal of joy to poker.

Doug’s not really my culture. I’m not punching kappas on Twitch or buttons on 888, not interested in hand charts, and sure as hell am not “donating” to his stream (who are these fish?) There’s only so much Chicago Joey I can take. I could personally care less about kids in suburban bedrooms clicking buttons at NL50 and making tired jokes about hookers and blow, neither of which they will ever need to experience.

However, what I can appreciate and care about is Doug’s always human but still extraordinary commitment to creating fun and excellent content. I am constantly impressed by everything he turns his mind to, even by how he takes breaks from his punishing work schedule without fuss or worry. We need more of these people, players who are not just poker winners – those are easy, because someone has to win – but life winners in poker.

This is the category Mr. Polk belongs to.

William Kassouf is the most interesting thing to happen in WSOP television coverage (and to tournament players, who demand all the torment we can scrounge from the poker castle basement) in a long time. I’ve listened to a lot of whining, even from legends of the game, about his tiresome behavior. Fair enough, be heard. Why can’t I have things exactly as I like them and how they always were before? Just so, just just just like this this this yes this.

Ok, more seriously, since his tanking is wearisome and his catch phrases tiresome, find ways to defend yourself if you are at the table.

Poker is a social game.

People talk, stupidly, about “live” poker as if it is some novel alternative to the real thing.

No. Never forget where you came from. At the heart of the game is people and the relationship between them.

Some of us, it turns out, are a little more annoying than others and also had $10k in the sock drawer.

Poker is life, and just as you will anywhere, you will encounter all sorts of assholes in the course of your poker day. If you are a man, someone will try to out-alpha you. If you are a woman, someone will express unwanted sexual interest. If you think that a publicly available poker table is somehow a safe space from the human project, you are living a delusion that speaks to your own misunderstanding of the basic facts of life.

And, yes, sometimes, some goof will prattle on obnoxiously or try to eat up your time.

Countering the occasionally unbearable Mr. Kassouf, with even the most crude social skills, may not always be easy but crying for daddy is not the answer. With a little of your own spark of divine fire and a passing acquaintance with tournament rules, or failing that Olympian bore, with human nature, any serious player should find the ability within to keep this sheep in wolf’s clothing at bay. (He even explains how in a recent podcast interview.)

Instead, that resentful, entitled look, the one that spread over Stacy Matuson’s face and then to many of Kassouf’s other victims, says it all:

I won’t cope with this adversity. Bail me out. Sympathize with me.

Who are we really rooting for in this sort of encounter? Is it the case that the aggressor always is at fault? What makes for interesting situations? How thick is your bubble?

Poker is a social game. Everyone is riveted by Mr. Kassouf, even if it is from hatred, because the game is built for personalities. It is nine people facing each other, sitting down (even eating and drinking!), compelled to interact.

Poker is a social game. That means dealing with society. See the lil’ connection between the words there?

Everyone knows this, even if they can’t admit it.

The proof is this: if I had a dollar for every time I heard some lament about the lack of personality in the game over the past five years, I wouldn’t have to hit the casino today.

What makes you think everyone can do this? Or would?

(Even Kassouf can’t keep it up, and rightly gets hammered by Vayo for being repetitive. Slowly the geniuses adjust! Great stuff!)

Or that we couldn’t deal with it? That we wouldn’t move on?

(You want to know who was anti-social? Remember the guy who wouldn’t change his clothes for the duration and stank so much players were choking? They came up with a rule to counter this. Further, if you want to let your pro buddies tank because you think their decisions merit it but those of a glorified amateur from a distant land don’t, you continue to unimpress me. I hope in one of your endlessly fascinating flips, somehow you both lose.)

Sure, there are ways to see him as a giant problem. In a cunning comparison in the forums, clever bunny Which points out that a negative EV play in a multiway pot can push equity to where it doesn’t belong. However, I’m afraid that in the deepest sense, we are responsible for figuring even that out and accounting for the possibility. Questionable behavior, in other words, in any social situation is best handled by those affected, and so if your fishing trip is ruined by one loudmouth, that’s also a tad on you and explains why your complaints at the water cooler on Monday following ring hollow: no one’s impressed, even if they scrunch up their face for your benefit.

That’s called personal responsibility. Almost, you might say, leadership, but we know that’s not too common in these parts.

As for what truly motivates recreational players to fulfill their poker dreams, no one knows like you sharks, am I to take it? People just dump ten large into a seven day event because it looks like a bunch of well behaved blokes worth sharing thirty crinkly plastics bottles of water and the urinal line with, amirite? The library poker of the last few years has REALLY stimulated the games, after all! I mean, people got excited because a guy was wearing a fedora last year. The tables are so dull people look forward to divorce jokes! Now, I am forced to agree with you that there is one formerly very determined librarian in Twin Falls, ID who is now DEFINITELY not coming next year because of the possibility of running into Mr. Kassouf when she reaches the final four tables of the Main. SSHHH! Definitely, definitely.

People are different and bring different gifts to the table. And to life. And then it changes. And then there is something new. Suddenly we miss what we had before and wonder why we weren’t happier then.

Moral of the story: My poker tourney brothers, you are all acting like a bunch of pussy cats. I mean, we knew this already but you really tipped your hand this time. The new, gelded age of poker is too kind to you. When I think of what the road gamblers who made this game possible went through and compare your kvetching, well, I don’t even think I want to say.

(Yes, that’s the real theme – Kassouf’s story isn’t even his own. He’s just the latest heterogeneous element, stirring up a sleepy village whose best years seem to have just passed.)

Now, can I make some more money? Could I now double down on that bet I mentioned, and be paid twice over to hear all the same people who long for the old days of strange and compelling characters complain about how Mr. Kassouf takes it all too far?

I would kiss that brick of bills and toss it into my safe – almost, well, like a high level supervisor, you might say.