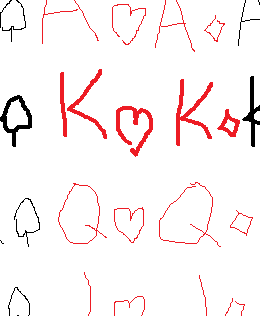 Tonight I stack off with kings versus fairly obvious aces, for the second time in the past few weeks.  It’s the third preflop set up of late, but why am I getting it wrong?

What’s wrong is that I am not really above the game in the last two situations, not remaining objective.  I am attached to my own cards.   No matter who you are or at what level you are at or what your holding is, this is a mistake.

Stacking off out of spite against lesser opposition and softer games is no way to play.  The money is all currency, very spendable and handy right around now, when the rent is due.

The combination in the latter two KK hands, of a lack of objectivity and a disregard for the villains involved, is indicative of distraction, frustration and mental game issues.

4 thoughts on “KK in the Mirror”