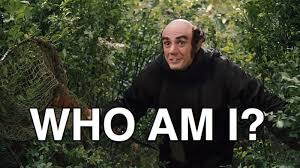 Gargamel steps back out of the shadows with a guest post today. -P

Something is definitely wrong.  Here I was in the midst of another crappy session.  I just 4b AA and managed to get 2 callers in a 100bb cap game.  Then I CRAI to ensure all the money would go in on 236cc.  Hell, I even had the ace of clubs.  No matter, the fish with QTcc gets there and there goes another $500. Somehow this year, I’m the guy in the YouTube video on “How to Play Pocket Jacks”.  I can’t turn over a winner.  I don’t hear the words “I missed”.

I slowly recover some of the losses from the session then Persuadeo joins the table.  Well, there’s the one person I run well against.  He might be the only one, which is rather unfortunate since he’s both a friend and smart enough to fold top pair and the nut flush draw when warranted.  So, a competent (what happened to all the whales) player opens from early, but it’s not a particularly tight range and he won’t indifferently call a 3b.  I flat kings, almost expecting the 3b from Persuadeo and sure enough there it is.  I 4b, we get it in and I’m a lot closer to at least breaking even on the session.

However, Persuadeo leaves, the fish from above flops 2 sets against me in 20 minutes and another disastrous session is done.  At this casino, white $1 chips do not play unless they are in $5 increments even if it’s an all-in situation.  I can’t tell you how many times I stormed off this year, leaving those white chips on the felt.  I may as well complete the small blind.  What the fuck am I doing with my life?  Why am I doing this on a Friday night?

Somehow I’m actually showing a profit this year, albeit a small one.  Few would believe it and even I’m surprised looking at the spreadsheet.  My accounting is pretty precise, but I’m wondering.  The data on that spreadsheet is the reason for playing.  There’s been a history of winning.  I remember playing 1/3 in 2011.  I opened AA, got at least a couple calls, and flopped a set.  Someone called from out of position (what the fuck else were they going to do?) and the turn brought the diamond flush.  I don’t remember the turn action, but the river brought a 4th diamond.  The guy checked.  Oh shit, what aces did I have?  I don’t typically forget this shit.  I had to check my cards and there was the ace of diamonds.  So I put out a bet and got paid.  I remember thinking it was pretty cool and surprising that I could show up to a casino and consistently get paid.  That’s why I played.  Looking back I don’t know how the hell I did this for so long.  The variance and late nights are brutal.

I’ve tried to return to poker after a break of about a month.  One of my first thoughts after sitting down for an hour was this game moves fucking slowly.  Fold T6o, fold J3o, fold A6o, 3b AQ after a raise and a couple calls, but then fold to a cold 4b from a passive player.  I barely have the patience for it anymore.  Then just last night a loose aggressive competent yet mistake prone player opened to $20 with $500 stacks.  I 3b 88 to 70 and he predictably called.  I continued for $100 on 679ss and he CRAI.  I made the call and the board ran out 2J.  I expected to lose because that’s what I do now and I did… to 22.

Now I’m well stuck and have the anger of a middle linebacker on steroids.  The game continues at a snail’s pace.  At one point, there is a 3 or 4 way limped pot resulting in a monotone flop.  There is no postflop betting and it’s showdown time.  In this casino, the sb has to show first, continuing with everyone else in position.  At least it’s supposed to be.  Instead everyone is sitting there like a dumbass not wanting to reveal their hand while waiting on which clown will finally show 3rd pair to claim the pot.  Amazing that this group will snap shovel $1000 in the pot, then just sit there at showdown in a $20 pot before rake preventing us from moving to the next hand. I can’t take it anymore.

One of the main challenges to deal with is the multiway raised clusterfucks these games here are known for.  I’ve

made an adjustment.  “Standard” opens to 20 won’t get it done.  Neither will 25.  Amazingly 30 (+5 for each limper) wasn’t really accomplishing the goal either.  4 and 5 way raised pots of $120 or $150 were routine.  Have fun trying to win those when you don’t flop well.  This is especially bad when you lose your mind and decide to open from early position.  Once somebody calls, and they will, the rest of the Insane Clown Posse can’t wait to get in on the pot odds orgy.  Even a grandmother last night couldn’t say no to the allure of the king of diamonds shown with the 8 of diamonds from the blinds for 25 more.

Another detractor is that the games have gotten considerably worse (aside from the indifferent calling stations mentioned above).  In The Village, of all places, it’s hard to sit at a table without hearing players yapping on about 3betting, ranges, and even referring to themselves as a rec player.  I used to approach the room smelling blood wondering which terrible players were there on a given night.  Now I mostly remain in my seat like an old man not moving from his recliner.  There aren’t many juicy tables to change to.

I really have tried to make this work, especially since my best poker friend and this blog’s host is both struggling on the felt and in isolation, which is inherent in this game.  If I rejoin the fray, talk strat after the session,crack jokes, and we’re winning, things start looking up.  The problem is I have an extremely low tolerance for the grating things about this game.  I think my limit is one nasty beat.  Then I should always leave.  Making sure to do that is another story.

3 thoughts on “Gargamel: Leaving Money on the Table”