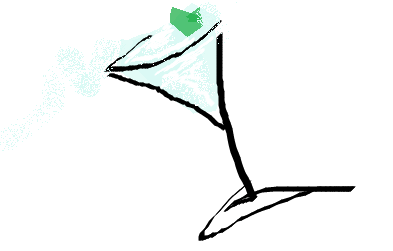 Poker is not a sport, but it is a performance.  I scored very poorly on my prep quiz for last night’s big game, and ended up playing very hesitantly.   I was fatigued and did not trust myself.

Should I have gone to play?  Yes.  The lesson is not I have sit on the sidelines, but to prepare myself better and take my job seriously.

The key hand for the whole night involved a range decision which I punted away.  There is a maniac in our games, a very wealthy man whose primary pleasure is bluffing out the nits, his second one putting people on AK and gambling.  After his fifth buy in, he open raised 25x, while waiting for the rest of his chips to arrive.  Folded to me with A9o.  I’ve played with these guys and I know how to handle him.  I’ve shipped much worse than A9.  Yet now I pass, and instead he gets in with a dominated hand and loses to 55, which I would have folded out.

The Maniac only has one more bullet on him, and takes his martini to the lounge.  His assistant picks up his stuff and chagrin

washes over me.  He’s not coming back.  It’s not the cash that bothers him, it’s the perceived unfairness of losing six buyins and having eight people salivating over you.  He’s a life winner, he doesn’t have to be here when drinks and cigars and good times are waiting.

This hand is a disaster, a real failure on my part.  The problem is that money like this is never on the table long.  When dealing with a true whale, you have to take the spots you are given.  They aren’t always perfect, but being the guy waiting for safety in poker is mediocre.  The whale’s shame and mine are different, but that’s our mutual poker story tonight.

Now I’m grumpy.  I get an overpair cracked by a guy on a life poker heater, already beneficiary of two of the whale’s buyins, have dinner, and begin the long, dark drive home.

The curtain goes up at seven tonight, will I know the script a little better?