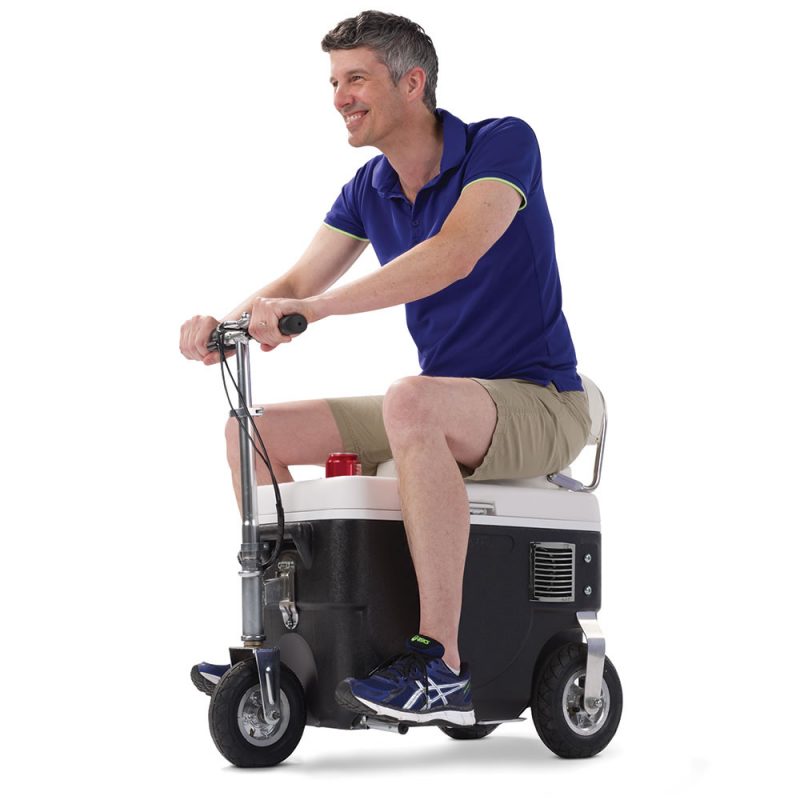 New post from Gargamel, where he thinks through seemingly reciprocal spots. – P.

Today I’m going to talk about hero folding and being able to put your opponent on a very narrow range of hands or even a single hand.

First, what is a cooler?  My definition of a cooler is a hand in which you are unable to reasonably preserve some or all of your stack.  You surely have heard others refer to hands as coolers, but in some spots, they are really only going by absolute (rather than relative) hand strength.

Let’s go through a few examples.

So far, the raiser had not done anything remarkable.  His position, raise amount, and demographic already should have indicated

a pretty narrow range of hands.  I had AKdd on the button and decided to flat.  A weak player in the blinds called as did the limper.  The flop came KsQs3c.  The preflop raiser led into the 4 way pot for 80.  If he started with a reasonable range of TT+, AK, we have to hope he’s recklessly continuing with JJ or TT into the field in order to feel good about this hand.

Most players, even those in my Village, are not that crazy.  Remember, he’s a MAWG out for an evening of cards, not a fierce and/or loose regular.  I decided to get the money in and got shown KK.  My argument is actually for folding the flop.  Doing so would save $250, or at least 6 hours of work these days.  We can’t simply cite SPR, say we have TPTK, and throw our hands up.  I had a bad feeling about the hand on the flop and didn’t trust my instincts.

What hands would you expect him to turn over?

Persuadeo: So we can imagine a range of hands that the MAWG would isolate the limp with. Why is the decision to flat and not try to shut out 88-TT, and maybe even JJ? And seeing that he can’t continue into three people with less than AK, in your opinion, what prompted you to go to the felt on a K when you couldn’t raise pre?

I’m not thinking of really shutting out JJ, TT and the like.  I find it highly unusual for players to raise to 30 pre then fold to further preflop aggression, particularly when I’m holding AK, a hand they all love to put us on.  My strategy does not typically include attempting to get people to fold the top of their range or hands they consider strong.  A 3b with AK here will usually commit us to the hand even while missing the flop.  I’m not eager to take the short end of a flip with AK for stacks.

This next hand was more fun.  I was playing 5/10, five handed.  Some rules in my state to keep in mind are a betting/raising cap of $500 and maximum of three raises per round.  The latter rule mostly comes into play preflop.

Effective stacks were about $1000. A decent reg opened to 35, then the loose and mostly passive spot at the table 3b to 85 from the sb.

I 4b to 215 from the bb.  Now, 4b are relatively rare in these games.  Action folded to the loose passive player who quickly attempted to 5b to what he thought was a cap of 715.  This was not permitted so we went heads up in a 4b pot to a flop of J98.

Now, let’s consider the actions of this player which should reflect a very narrow range.  Again, he is loose passive and attempted to max 5b.  He did so without any deliberation, eager to get the $ in.  He would likely think a bit with QQ.  The 8 remaining combos of AK?  I believe he is too passive to 5b it, much less snap try to make it 715.  That leaves AA.  I was prepared to fold KK to a flop bet and was hoping to hit a set.  Amazingly, my opponent checked and I checked back.

The turn was a K.  He led for 300, I shoved, and he showed AA in defeat.  You always want to think about the tendencies of your opponent, the bet sizing, and any timing tells.

Persuadeo: What do you think about your 4bet versus this player?

I think my 4b against this player is fine. He’s not so nitty that his 3b range is only AA though his 3b sizing is obviously for value.  He is a player who will set mine with bad odds on the regular and can call with worse hands here including AK and QQ which I have in bad shape.

Another hand comes to us from the Crush Live Poker forums.  I was not involved but the OP asked if his hand was a cooler or misplayed.  You can find the details here: http://www.crushlivepoker.com/forums/discussion/9365/cooler-hand-or-miss-play

It is noteworthy that the opponent checked the flop blind.  It’s very unusual for a preflop three bettor to check a flop blind.  It certainly doesn’t rate to be a bluffing tactic, especially when considering his position and the OP’s image.  OP bet 150 into 290 and got called.  Unless the opponent showed himself to be a station, AK is not a 3 street value hand here against a good and/or tight player so it’s ok to check the flop back with TPGK.

Regardless, the turn is the real decision point and the street where the mistake was made.  The turn card was the 3s so basically it was a blank.  OP bet 350 into 590 and got check raised all in for his last 325.  Although I’m sure OP felt committed, having

already put in 625 and getting almost 5-1, let’s go through the actions in this hand.  The flop was checked blind by the aggressor in the hand, which should indicate strength or at least a lack of concern about what the board might bring. By the turn, if not the flop, it’s obvious the op has at least a good ace.  Yet, he’s facing a CRAI for a 380bb pot in total.  In general turn check raises for this size pot on ace high boards in $5 blind games are not a bluff.

So, what can you expect to see?  AQ or AJ?  If so, please send me google maps directions for this game.  One of the responders to the post said something along the lines of you never know when an opponent is doing something weird or out of character.

I say you could say that for any hand and give yourself an excuse to call.  A wise man once said there are no pot odds when you’re drawing dead.

OP doesn’t have to bet when checked to as this is just not a 3 street value hand against anyone remotely competent.  Betting here helps clue in the opponent to the strength of your hand.  There is not much to protect against and few action killers.  Also for the rare situations where balance helps, he can have a strong top pair to check back.

The bet sizing on the flop is about 1/2 pot, which is OK.  The decision to bet the turn though is ill advised as is the sizing of 350 into 590.  What is the reason for betting?  Do you really think the opponent 3b AQ (or a weaker ace), checked the flop blind with that and is now calling off?  OP is essentially taking the “Stack a Donk” line but without read that this guy is a donk.