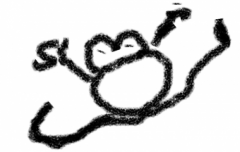 The home game has shrunk in numbers. Interest in poker ebbs and flows, so while I have taken this development as a harbinger of something, it was not for the end of the game necessarily.  In fact, the game itself is as good as ever and certainly plays more excitingly than in a long time.

Part of that is having a found a nice balance of poker variations. We’ve added Big O (five card Omaha high low split) to an already decent mix of hold’em, PLO and occasional others like pineapple variations and fixed limit game nights. The 2016 300 big blind minimum buy in (effectively 600 for the Omaha games) makes play on all streets possible, often a problem for us in the backwoods, far from the poker capitols. (D’Artagnan warned me about the casino near my summer retreat averaging twenty bb stacks for cash: FFS!) Better yet, Little Cheapie had put a vicious one out beat on the usually impossibly lucky, bunny paw bracelet, four leaf clover chewing, golden horseshoe inserting Slumlord at the last game: the stage was set for conflict.

Conflict we got. In fact, I took part in a 4200 bb PLO pot, taking a little less than half to save my evening. My opportunities in all games up until that point had been severely limited by the deck, position, and the nature of a deep stacked, high action game. I had been coolered (possibly a spew) in hold’em earlier for full stacks (400 bbs effective) and needed the break.

I wasn’t the only one. For once, charismatic, dynamic, but ever-run bad Wakiza was the big winner for the night. Usually the Slumlord takes him over his knee and paddles him, often right before the game breaks, in the most painful way possible; must be nice to fade that moment where you shake your antagonist’s hand, and say goodnight while he is still giddy and burbling from how lucky he got, again.

Anyway, a hand I found interesting was a chop in Big O, on account of the equities’ complexity. Although I got much of it right in game, I essentially misplayed this hand by not having a firm grasp of how the third player in the hand affected my expectation.

It started with Wakiza, 1400 bbs deep, opening from EP. With the single suited wheel ace (hands below) I could be raising but decided to flat as I put a big emphasis on positional play. From the blinds d’Artagnan, at around 800 bbs, raises less than pot. He likes this play a lot (see the series on his hands) in order to take control of the hand and have the freedom to be uncapped. Wakiza calls, and now my call, about the same depth as Wakiza, is good in a bloated pot with a scooping hand in position.

We see Kh Jd 4c. If you look at my hand from a hold’em perspective, I have not flopped well; however, that is not the way to evaluate an Omaha hand with playable stacks. I have the nut high gutshot, backdoor flush draw, and backdoor nut low draw. The only way I will not peel here is if it goes bet/raise.

D’Artagnan leads into the field. It is pretty easy to put him on two pair plus here. Because he plays so many hands, he will not be concentrated to pure PLO8 type hands that feature ideal AA/wheel card combinations. Therefore, he can have too many broadway cards in his range and can have smashed this board. Raising him here would be foolish.

Wakiza calls. At first this surprised me, as the board is high and unlikely to favor his range. I had rated his hand to be exactly the kind of Ax/wheels that an EP opener should have.  Would he flat AA preflop when it’s d’Artagnan?  Does he now really only have backdoors? I was wrong, I decided – he must have some broadways and be high heavy.

After I overcall, floating to improve in position, the dealer drops the ten of diamonds. D’Artagnan instantly is disappointed and checks in a despairing motion. He’s overselling it but he does mean it – this is no Hollywood. However, I’m not sure why he is so unhappy at first. The ten only completes one draw, and anyone calling for it would have be making a very speculative play. Wakiza should not have this hand all that often, but with the odds offered to my position, I rate to have it – as I do.

Wakiza now leans forward and bets about 90% of pot. He is mentally engaged and focused on a neat bet, correcting a dropped chip casually and without any worry, indifferent to the other players. These three classic strength tells have me worried, even though it’s I who holds the nuts.

First off, I know Wakiza has AQxxx and that if the hand ended now, we would simply be chopping. He does not have q9xxx from EP; he has played significant amounts of Omaha and knows he should not be opening middle connectors in a split pot game. Nor would he lead out so confidently with two players in the pot. He is not leading with sets on this card, even though he probably should after d’Artagnan’s check, as a kind of merge on a high only board.

I have to review all my options.

The real problem is Wakiza appears so strong that I am often getting freerolled. We know he has the nut straight, but if he also has diamonds, and I raise and get the money in, my on the fly math told me the overlay from d’Artagnan as it stands will not cover the equity I am giving up in order to show down. We are so deep that I cannot simply ignore the equities in this worst case scenario where d’Artagnan goes with it:

I need d’Artagnan to go with the hand, not fill up, and no diamond to come. I don’t like the raise in this scenario because it depends on all this to happen. If this is the case, I got it right in game: It looks like a -278 bb ship. That may sound strangely large to you, but it’s the amazing depth of the stacks that would truly punish my mistake. Obviously it’s better if d’Artagnan has only two pair, so this is a worst case scenario, but it will still be a losing one.

However, even if d’Artagnan folds his equity, my ship will still not be profitable…

…because I’ll be risking full stacks (remember we started with 1400 bbs) to chop up the 70 d’Artagnan left behind, assuming my read is correct. What is the break even point for going with it? In game, it looks like my equity balanced by the overlay. I’m a 6:4 dog to realizing half the pot and the 70 we would share doesn’t look close to covering my negative freeroll.  I now calculate that I can’t put any more than 240 bbs in, including the 120 call on the turn, which I would have to do to shut out d’Artagnan, making this maneuver massively –EV.

I could fold conservatively because of this possible scenario, but I felt in game that with one card to come this can’t be right. (If had flopped the nuts on an unimprovable board with no backdoor equity and facing bigger draws, this would be a possible folding hand in an Omaha scenario.) I wasn’t wrong, exactly.

It took me some time in the tank, but I decided the right play was to call. Part of my reasoning was that I am not always up

against the nuts and diamonds, and am in fact ahead, despite my read, a very small percentage of the time. Now I know I can bring d’Artagnan along for the cost of Wakiza’s bet while protecting my stack.  Now we get 120 bbs from D’Artagnan on the turn, rather than risking all 1400 to get it. Yes, I lose the 120 bigs when d’Artagnan fills up with his 4-10 out draw, but I’ve laid myself three to one after he calls and that is +EV, right?

Not really. It’s about the same expectation as folding, and does expose me to d’Artagnan reopening the action if he’s feeling suicidal. There’s my error in game.

I’m risking the money to chop up d’Artagnan, but if I’m always chopping, nearly everything I put in is halved and I never scoop. Calling to chop on the turn, assuming the river plays perfectly, I’ll win 73.6 bbs, and lose 72. An effectively break even spot.

A likely scenario was this…

…and that may have been the exact situation- I can’t recall the precise holdings. In any case, after I and d’Artagnan called, the river was a blank, and now I am freerolling. D’Artagnan may call or may not after Wakiza bets and I flat, as repping my hand is pointless and will only erase the small chance d’Artagnan pays us off. We chop up the money.

D’Artagnan correctly snap folded top set on the river, playing his hand perfectly, putting aside the light three bet. It’s likely Wakiza would have called a small bet from a loose player on the river; I could be wrong. Folding on the turn holding blockers to his own full house would also have been reasonable but nitty for d’Artagnan. He is getting about 3:1 and will not fill up often enough to make this immediately profitable. He blocks other sets. However, given the multiway action it’s possible that tens could pay him; seems optimistic.

Looking back at the hand, I see another error. I missed an opportunity preflop. When d’Artagnan builds the pot and Wakiza flats, I could have reiso’d d’Artaganan. My hand is strong enough, but more importantly, d’Artagnan’s range is wide, and Wakiza should, in theory, have reraised AA/wheel cards which have me crushed. We can observe I had the best hand, yet did not push my equity. This deep I should be more aggressive with terrific scooping hands. The fourth bet in position should be intimidating and could knock out Wakiza.

It’s interesting how you can spend so much time analyzing one action, but the real question may have been elsewhere. That’s often the case, and a point I make in the forums over and over. Now I get to critique Persuadeo, that fish.

It was a great game overall, and we have Big O to thank for that. It’s hard to only think about hands and games and big blinds, these days, though. The writing on the wall is that I need to move on with my life in very concrete ways- that’s how I interpret the smaller numbers at my home game. I’ve lived here a long time. Traumatized by moving so much in my twenties, I’ve clung to regularity. Too long, really: I’ve trapped myself. Played my hand badly, isolating myself as I nearly did in this potentially costly hand. The long term investment in rent and solitude, always assuming I was going to find better things, looks foolish, having found none of what I imagined. The casino games here are not good enough to fulfill my true needs or potential.

In fact, as we get older, we should play deeper in all things, looking for the bigger and the brighter, but our errors, unfortunately, are also more costly. The stakes matter more, as we can’t bounce back as easily. I escaped with a chop in this hand, but that’s all it was – a lucky landing.

Poker, even in a ridiculous home game, never ceases to relate to life.