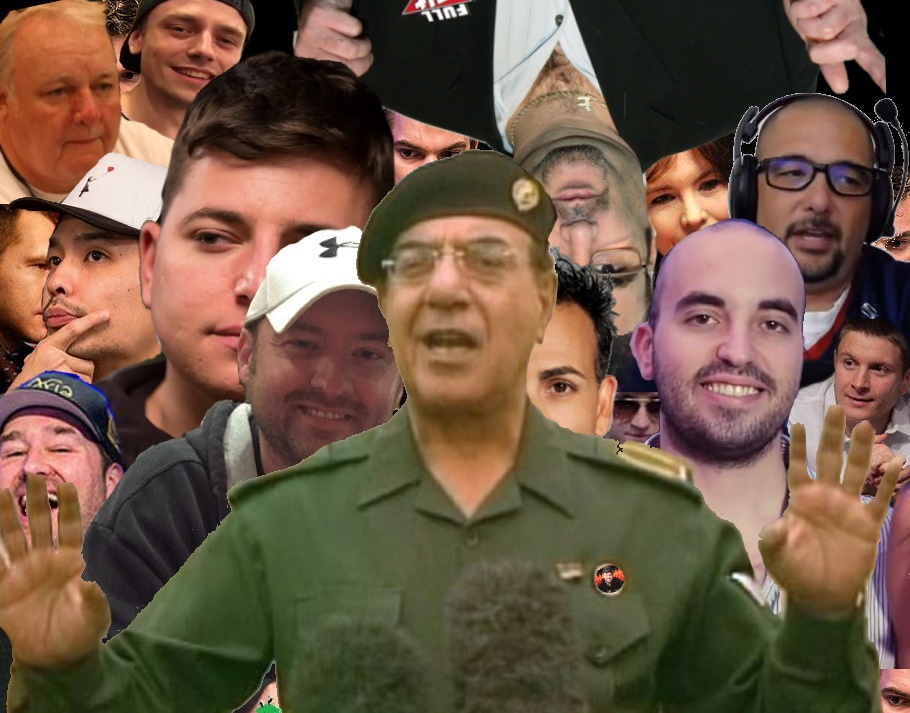 It’s an auspicious moment to restart the blog. Quietly, though, under cover of scandals in our “field” (Lord help me if I say “community”).

For one, nobody really writes about poker anymore. The great blogs are dead. Short Stacked Shamus hasn’t penned a non-promo in years. My friend Fernando likes to keep his so obscure it doesn’t even have a ‘share’ function, deliberately. Ass.

Where does one look? Poker news sites are garbage, littered with unacknowledged, unethical advertising content and other overt hackery. Ah, yes: books. Books are where thought and inner life have retreated to, but they are few and far in between. They can’t fill the correspondent’s role. And really, when the latest, best poker book isn’t even by a committed poker player, but a life-jacketed tournament dabbler, the torch has been dropped.

Well, why care? Why can’t we just watch vlogs or listen to interviews? Writing matters because words are unadorned ideas, and ideas have consequences. They are the blood and semen and ova of any intellectually vital movement or moment. As the careful writing of words fades in poker, it correlates with the slow strangulation of the game’s vitality. We all sense the effect, but sometimes miss the causes and correlations: ideas retreat, hope fades, decadence settles. The dopamine hits and hints of social media: the blur of moving pictures, the whir of nonsense, the machine of entertainment. No blood and certainly no brain. Writing is the antidote to social media’s speed, its insincerity and hype, its squawk of bad faith commentary. Writing keeps us in reality; entertainment is the jettison of reality.

DFW, in other words, is our JFC. However, writing costs in ways other forms don’t (it certainly cost him). This is why writers go dormant, or even in our modest field, people with something to say can’t continue. You might think of Berkey’s brief memoirs. So much credit and attention he got for just a few entries, because it was valuable, but the reality is he couldn’t return to it, no matter how often he reminded others that he wanted to. That’s called the avoidance of suffering, and is normal. (He advertises the ‘75 Hard Days’ or whatever in compensation.) We hide in public with easier thoughts and devices. We lecture the world because the one within needs avoiding. (This is another reason I stopped, I can’t bear the hypocrisy, not always.)

There are more myths to overcome, too. Desperation and loneliness sometimes propel work, but not always or even usually. One poker blog that has not gone dormant is TBC’s. Love it or hate it, love him or hate him, he can’t change his difficult life and yet he has left the ungrateful community a living document of the low-stakes life. Of consequence today, he’s literally too simple to cheat his way up, yet we admire success most of all and so love to be abused. Not everyone has an NFT scam for you or a staking deal that co-opts your conscience, but if you go on PokerGo you can see a whole host of happy parasites you’ve been cheering for. No one has asked you to stop, and you are in fact encouraged to pick out your favorite thief. I like Chino, he just looks cool. Cooler than TBC, anyway.

Or maybe you’re a stickler for propriety but like shitty people. A true host of them are out there, just for you. Get a t-shirt, like and subscribe. Hashtag yourself on the taint. Kiss the nipple ring. #POSITIVELY get fucked. Gag on some Breinfuel.

Oh, btw, can I interest you in an NFT?

Still, I haven’t really been gone, just reshaped by illness and tragedy. Unhappiness certainly doesn’t drive me to create; if anything, I learned that I once had so much but was ungrateful. A young man wants the world, and I wouldn’t grow up.  While I mostly lost the will to write and live, and certainly came to Vegas with the knowledge I could die here, I’ve been, well, not busy, but busier than I thought I might be. My improvised defense of the beautiful Card Counter from the fools is certainly a personal highlight of 2021. I’ve buried a thousand observations in my poker podcast guide; it’s almost a kind of notebook on poker culture, now around 25,000 words.

However, I’m going to start again, if only because it won’t leave me, as hard as I try. (There was some writer or screenwriter who had a character say “life clung to him like a disease,” which always seemed poorly done, but I think I understand it differently now: life was unwanted but remained. I guess I couldn’t see life being unwanted, not exactly.) Plus, it’s a rough time in poker, and all I see are bad actors everywhere, and worse, bad solutions. I’ll be offering some better ones, but they won’t make anyone happy at first.

That’s kind of how you know they might be right.

Here’s one: stop supporting national poker programming. Yes. Cut off the big market and its beneficiaries. No more stupid, overlayed, sweetly hosted tournaments for cheaters and stakers and crypto scammers on the viewer’s dime. No more low quality HSP regurgitations which completely miss the point. No more gatekeeper-enforced worship of who should be known as villains, not heroes. If the elephants want to take each other’s money, they can do it at a normal table like everyone else, unsponsored, unsuckled, real. FTG.

In fact, that’s only the start. Take the principle all the way: play local, watch local, be local. If the animal wants to shed the parasites, the animal needs a bath.

We’ve forgotten the basics. It’s a card game for the good, an “industry” for the bad: you only need listen to their ugly vocabulary.  So then, make the second step: not only cancel your PokerGo, cancel your RIO, dump your Upswing sub, withdraw your funds from ACR/WSOP/whatever rake trap you donate to. Let the “pros” (ha, there are few poker professionals – professions aid their field, not destroy it) languish and fail until they get it.

No one is owed anything. How quickly they forget.

Poker was once more underground, smaller, and we can go there again. We can unplug the machine for a bit. So hit the home game, support your local cardroom, play with your friends and sure, your proven trustworthy app agent, someone you’ve seen in person. If you need to watch it, find a local casino stream game and get involved in their culture. I watch the Hustler. It’s people I know and can trust to far greater extent than, say, a room in Texas or Florida I don’t get to visit or an overpriced studio in Las Vegas with capital to arm vicious, shameless insiders.

Now as I write this I have the free PokerGo coverage on Youtube going. I don’t know where the line is on everything, is my point- maybe the free service is how we keep tabs without a subscription or maybe that should be abandoned too –  but here’s a thought: Commentator X reads a comment, ‘Phil only gets away with it because it drives views.’ Commentator X’s response? “No, it’s because we love to watch him.”

This is just drivel. No one needs to hear from this useful idiot. Or his cronies. I’m not naming him because it’s not personal – it’s about the lot of them, the “industry.” They all need, from staff to ownership to player, across the poker upper echelon, a nice time-out. It’s not just about cheaters, obviously: it’s about who was in the Wehrmacht, too. Who whitewashes all of this crap or delivers it.

(You’d think we’d be done with that sweet anecdote, but no, immediately next, the commentary pair pitch some trash NFT, mentioning its utility. These people and the people they support are the problem, and they aren’t even at the table.)

Of course, there are those who think you should still support the “industry” while they clean it up. Focus REAL HARD, they essentially say, let’s really bring our A-level concern game this time, at last.  This is, unfortunately, foolish, There have been a MILLION opportunities and crises to act on. The PPA itself was FAR STRONGER than anything our elites now can even conceive, and it did little. The masters of poker are free to fix their problems, but they don’t need our money while doing it. “Blacklists” “Unions” “Integrity Boards”: what a joke. It’s an anti-community community – no one will pay for it or enforce it. Have they considered even the most basic legalities? They don’t know what they don’t know, and by the time they grasp this, the moment will be lost.

If you can’t understand this, I am sorry to say, you are in the Wehrmacht, too. (I just love using this embarrassing analogy after all the chicken littling about fascism in contemporaneity. Reap what you sow, retards. Corrupt your vocabulary, not mine.) Further, if you say, ‘well actually, this whole thing was really for us, the pros, to better extract from the sucker, and our methodology just needs to be a little more efficient,’ well, that is so cynical I think I can abandon my fun analogy and point out that no one should aid such an endeavor, period.

Now, note how there’s a strong element of doing, not watching in this prescription. There’s a whole other story, a philosophy, but let’s KISS it for now:

Keep the money away from Big Poker – it was always an enemy and will continue to be so until it is tamed. It recycles the scum and rewards them. Instead, play and enjoy the game the way it is meant to be – smaller, more for fun, and with people you can trust. Or at least, not distrust.

The elephants have a burial ground for a reason. Let’s remind them when and where to go.

Welcome back to the blog. More of the same, I guess: just even more out of position.

8 thoughts on “An Immodest Proposal”