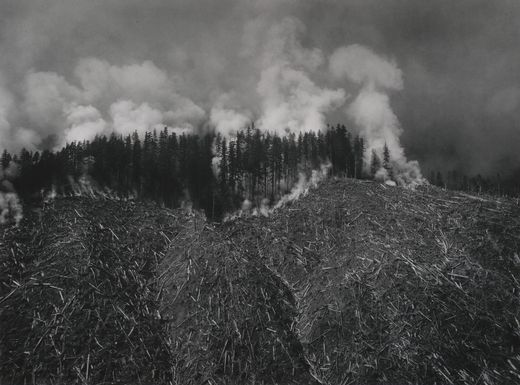 I wrote up some plans, goals, and observations in the post-holiday dark.  Then I updated it in March: How was I doing a little past sunrise?

Now, a July update: How am I doing (a little past) Midyear?

…is the year I read poker books again…. what will Applications change?

March: I’m taking it seriously and reading it slowly.  I also inherited some unwanted poker books, one of which will figure into my research in a very timely fashion. July: Got distracted and just finished Ed Miller’s Poker’s 1% instead. It’s a great book and more immediately useful than I thought it would be. In particular, I was surprised at some of his recommendations toward the end of the book, which align more closely with how I play than I could have hoped. My biggest question is his theory of medium strength hands, because he believes in polarization and not merging, as a principle. Perhaps these hands should be held back from betting, but he also puts them into a calling range rather than turning them into bluffs or thin value raises or protection raises. It’s refreshing in a way, because it is all so simple, rather than complex.

The biggest myth in or about the book, which the author perpetuates by stating somewhere early on, is that hand reading would become unnecessary if you simply got all frequencies correct. He does not mean this bit in any grammatical or meaningful way, it turns out, and it should be rewritten, because over and over again he suggests that the board and player actions will affect frequencies- that’s really what most of the second half is about. Well, what do you think hand reading is? Once this overstatement is removed, the mystery of the book is no longer so intense. It’s about balance intersecting ever more with optimal frequencies, with these frequencies based on a straightforward version of unexploitability, NOT pot odds or pure GTO concerns. It is a real way forward with your poker game and far more practical than reviewers have led on.

…is my first year as a handgun owner… will I actually use it when needed?

March: I’m having an issue acquiring it, having the thought the purchase was imminent, and have lost my enthusiasm at least for the moment. July: Purchased it, a simple and modestly handsome .38 Special. Exercising this essential right and privilege of a free citizenry is something to be happy about in theory, but it in reality it is pretty mundane. Although they are inexorably linked philosophically, our first amendment rights are in general more useful than the second’s, even if equally always under cultural pressure from those who would resubjectivize us.

…is the year I put the screenplay on Blacklist… but is Amazon’s reformed sweatshop the incinerator it belongs in?

March: Probably 99.9% of spec scripts disappear into the dreamosphere. In 2014 less than 100 were purchased by major studios. I don’t feel optimistic about the outcome even though I am at work and believe in my fever visions. You have to consider that every successful screenwriter basically tells you that success is nearly impossible, in the same fashion that every lawyer I knew, while I was considering law school and they were wallowing in cash, told me law was a terrible idea. July: Unhappy with idea and also know too much about Blacklist now, which I see now is a more than ironic name, and whose members will not be favorable to my work, which is essentially moral/tragic in nature rather than relativistic/affirmatory, the theme that unites every piece they have promoted.

…is the year I hit the USTA… how much more abuse can my body take?

March: I took a bad turn healthwise and this is delayed. July: Back in the tennis club! It’s stuffy. Next time I recommend the installation of FANS and WATER FOUNTAINS.

…is the year I get back into German and Chinese… do any of my languages serve any purpose?

March: I am looking forward to this but have not started. July: not even an effort so far. Utter blank and likely to remain so.

…is the year I vote against Hillary… but does the head matter while the foundation rots?

March: I don’t even sure I will vote now. While most people are too short sighted to see that ideas matter more than identity, I may have to pick other battles and walk the walk conscientiously.  July: The #NeverTrump people I am somewhat allied with were naught but a dinghy in the waves, it turns out… not unlike a cash game player in Limon’s expert analogy. I think Gary Johnson is almost too silly to support, sadly. I see now that #NeverTrump failed not because of the commitment of its creators, who labored every day and many of whom have incredibly broad influence, but because many of them do not even belong to the party, just as I don’t, and are merely conservative in nature, true old Liberals in the classical, meaningful sense. Political planks don’t mesh with political principles that well, because one is practice and the other theory. The other, simpler problem is the greed of the parties, who are in fact private clubs, but who have turned their candidate selection processes into bloated public affairs, cannibalizing all the space for alternative thought and media attention, and ensuring that no one else inhabits the stage in a M.A.D. power pact.

Well, to hell with them. Freed from voting by my conscience, it seems: sometimes duty doesn’t call but just sits around with a mojito. Only whim will bring me to the polls now, although I still have the problem of having to listen to people espouse a candidate who has no actual accomplishments save the enrichment of her family, as the defense against a vulgar businessman. They are so silly, selfish, and shortsighted it is hard to take even some very serious people seriously these days. For instance, I’ve subscribed to the NYer almost my entire adult life and never have their articles and thought reached such a low point as during this past year, and like an infection, this failing seems to have spread to many other subjects and non-political pieces. Compromise and the effort to please destroys.

…is the year we finish translating La Fete d’Insignifiance… does poker make me less or more like those men?

March: Poker is sometimes a Pain Box, right out of Frank Herbert. Those guys are smarter than me but are fighting for nothing and stand less of a chance of changing than even me. They would snap fold to the suffering. July: one chapter to go! The convergence and discussion of culture, France, masculinity, and Stalin himself has been terrific. This part of my life I will greatly miss should I in fact move on.

…is the final year of “Hare Rabbitt’s Poker Club.”  … red faux crocodile, anyone?

March: Not much interest in the games from my player pool for months, then suddenly a heartbeat. I felt the rhythm was right to close it out, but I’ll keep an open mind, if only because I have some duties to the game. July: Too hot for the home game! Been planning a poker retreat on the water for interested parties, but response might be too low locally for me to even announce it on RC.

…is the year I institute a static range… but is it a step forward?

This is in fact impossible, I have discovered, but the effort to do it has cleaned up some of my leaks. My range in all positions is much more consistent now, but all the reads I make and exploitative plays I make just can’t be constrained by arbitrary concerns, however legitimate. In theory it’s somewhat wrong and I will have to live with that knowledge for now. The good news is the effort to create and to make something happen always deepens one’s understanding. July: remains dropped but I appreciate the time with it, and after reading 1% I am interested in further nuances. Following carefully many of the forum posts, I came to the conclusion that board coverage isn’t just a nicety of range building, but even more essential than I thought. It’s one of the reasons ever-delightful poster Austin flubs this one up: he has a range designed to felt morons and be easy to play, but he’s not playing against them nor does he have the hands to do what he wants to do in these awkward situations.

…is the year I buy a new motorcycle… can I be happy without a shaft drive?

We’ll see, been focused elsewhere. July: Well, started by donating the old one to the ASPCA. I had bought it originally to commence a new life but became something of a symbol of my poor choices after I finally got my degree. Came within a day or so of buying a very nice one. However, it made an old Harley enthusiast’s year that I let it go, so there’s that. A coin flip.

…is the first year my writing group pays for itself… what was the point of that, again?

I give them more than they give me. 5/6 of the group dropped out rather than pay a nominal fee, revealing their level of seriousness. Like the Poker Club, I am beginning to see an end game here, perhaps. On the other hand, the writers who stuck around have all the potential and can earn all the glory. July: it’s working really well in some respects. Paid membership has increased commitment if not numbers. However, the truth is I have not been focused on the group and as I go, so goes it. Also, a close friend is losing interest in it. It’s nearing time to pass it on to more excited and motivated members.

…is the year I rejoin the neighborhood council… are they still unprincipled NIMBYs?

I met up with one of the leaders and she was so phony I was discouraged. My neighborhood is trash and sometimes there is nothing to do but leave. July: Neighborhood remains shitty. Bike chop shop shut down however. As a formerly active part of a neighborhood association, I see the long view. The philosophy of trying to protect society’s most cretinous at the expense of those just trying to fulfill a sliver of the American dream is short sighted. Standards get people off the street, I’ve learned, more than accommodations. It’s difficult to talk about these things, and I finally understand why communities of thought segregate themselves so: true explicatory power is possibly even rarer than worthy ideas themselves.

However, this dump is becoming a part of my past faster than I could imagine: Am planning a move to a much more exciting and important dump: L.A. Had looked at Philadelphia, which seemed like my kind of town, but I want (and possibly need) to be closer to family. NY is a bit far fetched, even if it is the dream and the only place I feel at ease.